You are here: Home / Healthy Eating / The floor that broke the Corelle plate — Musings on so many sick days

I’m taking bLOG literally here, as in log. As in, I want to document how little productive time alone I’ve had in the house in the past few weeks. We are paying a pretty penny for my daughter to be in full-time preschool, both in money and in the fact that she’s a little too young and is a little to tired for this to be optimal, even if the consistency is, I’m certain, a good thing. But all of that expense has been for naught, it seems, for nearly three weeks. 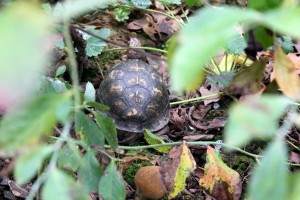 So let’s review this first-world problem of mine.

Tuesday, November 12: Son says he feels sick. Let him stay home with the understanding that he will need to drive back to doctor’s with me to return a piece of equipment, and also go to the grocery store. He acts normal all day until dinnertime and then vomits while we’re reading a bedtime story. Says he feels much better after that. Go figure!

Wednesday, November 13: Son home recovering (read running around the house without a stomachache). Husband works from home with him while I go to daughter’s walking-in-the-freezing-cold field trip, 9:30-1:00. Bring her exhausted self home early so that their dad can go into work and I won’t have to truck back to school with questionable-health son to pick her up an hour later. Let children wreak havoc on house while I try to get some work done and then nearly fall asleep reading Magic Treehouse while not making dinner. Decide I am definitely not going to Montessori hands-on info night even if my husband does get home in time (which he won’t.) Kids and I eat a lot of leftover white food and broth. Husband later makes himself hot dogs and spinach for dinner. Daughter wakes at 9:30 sounding like dragon lady and rejecting my husband. Too much coconut juice = need for some serious pee. She falls back asleep in our bed cradling my face. I miss my first day of blogging in November. (Well, here, anyway, but I did finish up and post my theater review for TheDCMoms.com).

Thursday, November 14: Who knows what the day will hold? I tried to see if I could give up my long-standing allergy elimination appointment but didn’t hear back that they found a taker, so I guess I will be headed out rather than spend the entire day working. I’m skipping principal chat at the school, that is for sure.

News flash at 6:15 a.m.: Text that came in late last night says the practitioner found someone to take my appointment! I’m going to be home alone!

Except that the next news flash came from my husband at 7:15: “That boy is asleep!”

Uh oh. He went to bed early, too. This does not bode well.

Indeed, the little guy who had been excited about getting back to school the previous evening declared himself too tired. He is never sluggish like that. I suggested he see how he felt after breakfast, and he said he wasn’t exactly hungry. That rarely happens, either.

Who wants to send an unwell boy into a den of coughing and sneezing kids so that he can pick up something worse and return home a bigger pain in the behind?

So there we were again. Just the two of us. We made it all day without my letting him eat any crap and with him agreeing to cups and cups of broth. He had 10 minutes on the computer with a math game plus some random time looking at photos on his dad’s old phone, but otherwise we kept screens out of the game. I had a phone consult with the doctor who recommended a few remedies while he read, and with one blog company for an RFP while my son worked on his “novel.” That was it for productivity, but it was something.

I lost my peachy happy tone a few times but kept it up decently for someone who hasn’t been able to think clearly for nearly three weeks.

While I know going to school is stressful if you are not well, I cannot imagine how anyone ever homeschools. How can you pay attention to your child all day, much less to his/her learning, and also cook food and clean up from cooking and go to the bathroom without someone following you and think about anything that is not right there in front of you (as in correspond with anyone or make future plans or even plan for dinner)?

I hope my son’s body is restored to health while his mind also remembers that it’s kind of okay but not super fun to stay home with mom. Three days in a row. 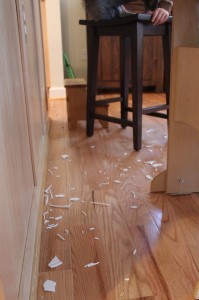 And maybe he learned that it’s not good to spin plates, even if they are not supposed to break.