You are here: Home / Featured / Food as family medicine: living gluten-free and beyond

Welcome to the November 2013 Carnival of Natural Parenting: Feeding Your Family

This post was written for inclusion in the monthly Carnival of Natural Parenting hosted by Hobo Mama and Code Name: Mama. This month our participants have shared recipes, stories, and advice about food and eating. Please read to the end to find a list of links to the other carnival participants.

***
If there is one thing I prioritize above all else, it’s food.

After diet changes brought back my fertility and dramatically improved mood issues and depression (not to mention a whole lot of other symptoms and issues, including a thyroid disorder), I am a huge believer in food being the most important medicine there is. We truly are what we eat, and in the past six years, I’ve been trying to become something healthier than the body I built up for the previous 34.

And even so, I still am not doing everything I’d like to be doing for my family, and for myself. 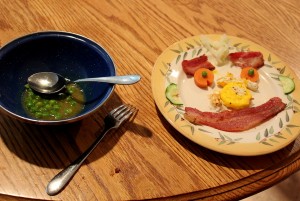 Off gluten, and then some

I’ve been gluten-free since 2004 and will keep both of my kids gluten-free. For my older son, we did a gene test that showed a likelihood for celiac disease on one side and gluten sensitivity on the other. Several practitioners have intuited that both kids should stay off both gluten and dairy, so I stick to the gluten thing without a budge or an apology.

I want to build strong foundations in my children’s bodies so that they can better tolerate whatever choices they make later in life. We are not super hard-liners compared to some great GAPS or Paleo families we know, but we have been by far the most strict healthy eaters at our Expeditionary Learning magnet public school. I’m thrilled that we now have the parent at the helm of Feeding Families Well at our school, and her reputation for a mean massaged kale salad is already getting around!

We always — always — bring our own cake/muffin/snacks to birthday parties. I don’t always love the baking if it’s a busy weekend, and I don’t always involve my kids like I’d like to, but even if I bake in a rush, I am happy to have my children miss out on the sugar and artificial colors. I imagine it might be easier for a natural parent in a mainstream community to have a food sensitivity or allergy, because it’s clear-cut and not about a judgment call. I never ask anyone to accommodate us but I do ask for a few minutes of their time to tell me what they are serving so I can make an appropriate substitute. I don’t have the sense that this has ever come off as ungrateful, and I hope it hasn’t!

The one time my son’s cousin fed him crackers at my parents’ 50th anniversary party, he became a different child. We see similar reactions with sugar, with chocolate, and certainly with any accidental ingestion of artificial colors or flavors. Most of the time, he’s a healthy, happy kid, but he suffers from enough not-t00-bad stuff even on a GF diet that I just do not make a whole lot of exceptions in the “treat” category. 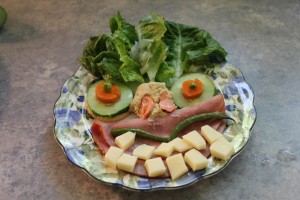 And yet, I do make exceptions. My son didn’t have any dairy until age three, and then, when one practitioner recently said she felt — through applied kinesiology — that he was weak to dairy, we stopped buying even farm fresh milk and certainly cheese and yogurt. He was having such bad seasonal allergies for the second year in a row, I was determined to take out anything that might be taxing his system.

When the allergies were better but not gone the third year — after some detox protocols and acupuncture and a whole bunch of stuff — I slacked on the dairy. We still don’t buy real cheese, but we do buy almond cheese that has casein in it and occasionally goat yogurt. We sometimes let him have gluten-free pizza. I’ve never put him on the grain-free GAPS diet because, well, it’s just too hard, and there’s no smoking gun. It was tough for me but such a necessity, my IBS was so bad after my second child was born. I had pain after eating any restaurant food and eventually any starchy foods.

My son has some congestion and some dry skin on his upper arms, but he’s a happy kid who enjoys school and this year has better endurance and more of a roll-with-the-punches attitude than ever.

I do think it’s okay that I came off the grain-free GAPS diet a few months back (after two years), but I would like to ditch any prepared starches like rice crackers and do more making of my own stuff with nuts and coconut flour, which I avoided until recently because I couldn’t tolerate it. My children get at least some bone broth in them every day. They get cod liver oil sometimes, but not as regularly as I’d like, and not always the fermented Blue Ice cod liver oil if I don’t have time to mix it with the more mainstream brands whose lemon flavor they currently prefer.

My son can be counted on to eat most any veggie besides squash (which he’ll eat in a muffin or pie without complaint), but my daughter tends to get by on foods that are white — gluten-free carbs, cauliflower, potato, apple. She has never met a dried fruit she didn’t like, and I’m pretty sure she would benefit from more things green, but peas in broth is about all I can get, unless she’s starving and takes a shine to green beans. I have a hunch that she’s just a lot more stubborn on all fronts and that once she gets out of the preschooler phase and that someday, she really will eat more foods. 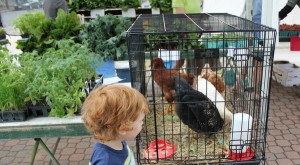 I feel good about a lot of things I do, including regularly making and using chicken stock/bone broth and soaking and drying my nuts. We get most of our meat and eggs from local sources, though not as direct as we used to. My children have a hot breakfast every morning and never eat boxed cereal with extruded grains. But they eat plenty of other things I’m not wild about.

There’s a lot of room for improvement. If I really had my game on, I would be:

If I could do all these things, I would feel better about occasional cheats and treats. We do live in the real world, and I don’t want my kids to rebel later for a feeling of deprivation.

I want them to understand why we do what we do and to stand by our beliefs without coming off as judgmental of others who make different choices. This is perhaps the most difficult dance!

(This list will be updated by afternoon November 12 with all the carnival links.)

Previous Post: « Early morning hours
Next Post: The floor that broke the Corelle plate — Musings on so many sick days »