As a woman whose health can’t support her drinking any alcohol, I feel pretty out of the mainstream with all the funny jokes out there about needing a drink. I can’t even tolerate decaf coffee anymore, so I feel similarly out of step when others talk about the day not starting without java. It’s not like I haven’t imbibed a lot in my time; it’s just that I can’t anymore, not if I don’t want to fall into depression or adrenal fatigue.

When I learned at BlogU about the challenge by Responsibility.org to #TalkEarly about alcohol, I was glad to hear about the call to rethink the irreverance around the whole “Mommy needs a drink” humor. It’s something I’ve thought a lot about and was heartened to learn of the #TalkEarly campaign and hope that the video of kids talking about what they learn from their parents — and their sharing of their “selves” on Facebook — helps people think about the subtle but pervasive glorification of alcohol as a way to cope with everyday life.

I realize that my position as a non-alcoholic former drinker is different than a lot of my peers who were enjoying drinks at the BlogU party and in their lives and that I was probably one of the few who felt almost the same way about alcohol as about caffeine.

The trick for me is to teach my kids not to fear what they don’t know and yet to ensure they don’t go off the deep end like I did in my adolescence. The challenge for me socially is to not feel sorry for myself for missing out on all the “fun” and to instead remember that, for me, abstaining from intoxicating drinks of any flavor and also from foods that trigger my autoimmune symptoms is just part of my “medicine” for feeling good.

Do I kind of think everyone would be better served by abstaining from alcohol, and coffee, and, go ahead and add sugar to that list? Well, yeah, but I also know that most people are able to withstand a lot more than I am. The challenge for me as a parent is how to teach children who share my genes how to safeguard their health without also teaching them not to fear things unnecessarily or judge others for their choices.

Once upon a time, I was a teenager who thought my mom was really lame for never having enjoyed a drink and just not getting it about why people would like to catch a buzz. My dad didn’t really drink either, and his coffee was always decaf or he’d go berserk. But at least he did enjoy his Sanka, which was probably a healthier model for me than my mom’s teetotaling. There is no one right way to teach children responsible drinking.

When friends started to experiment with drinking in 8th grade, I joined in heartily, and after my brother committed suicide a week before I turned 14, alcohol became a means to escape the pain of a shattered family. I then drank a lot in my freshman and sophomore years of high school, less later, and then again more in college, when I started to black out during drinking binges. There were no memes floating around and my parents had showed no fondness for getting fuzzy in the head. But in my TV-filled childhood, I’d seen plenty of party animal commercials, and once I tried drinking myself, I knew it felt good to escape.

But it certainly made me sick. So did coffee, eventually. I cut way back on drinking alcohol after grad school and had to stop drinking coffee in 2004 when I got Graves’ Disease, autoimmune hyperthyroidism, and my pulse was through the roof. After two children, my health has gotten more precarious.

A new book just out this month by Donna Jackson Nakazawa, Childhood Disrupted, explains how Adverse Childhood Experiences can contribute to chronic health issues in adulthood.

Going through the experience of my brother’s death compounded by my early drinking and smoking – and the stress of hiding both from my parents – set me up for where I am now. Small triggers of good with a little gluten or dairy or even a disrupted night of sleep set me off and make me feel so awful it hard to be anything close to the parent I want to be. 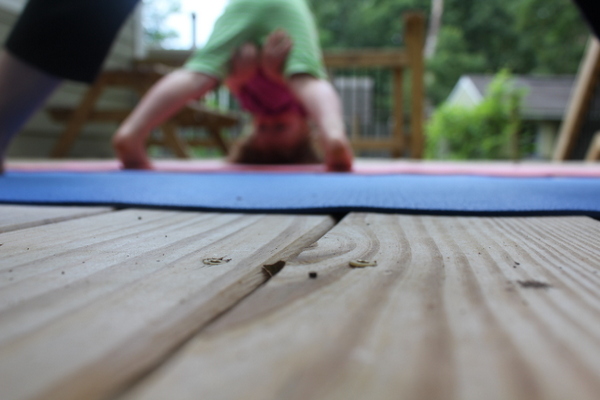 But I don’t want my children to grow up thinking it’s not possible to drink responsibly. What I want them to do is be intentional about their choices. If they are going to drink a margarita or a gluten-free beer or a glass of wine or even a cappuccino, I want them to do it with joy and appreciation. Where all the jokes get people into trouble, I think, is when they throw out all reverence and act like drinking is just a means to cope. If a drink is necessary just to get through the day, what kind of attitude does that convey? Life is hard. You have to escape.

I have no magic answers, but I do have to admit that I cringe at all the funny comics that joke about needing a drink or a big pot ‘o joe. The #RefreshYourFunny campaign seems like a great way to get people thinking about what they are teaching their kids, but I think it could go even further than alcohol.

I want my kids to not shrink from life. 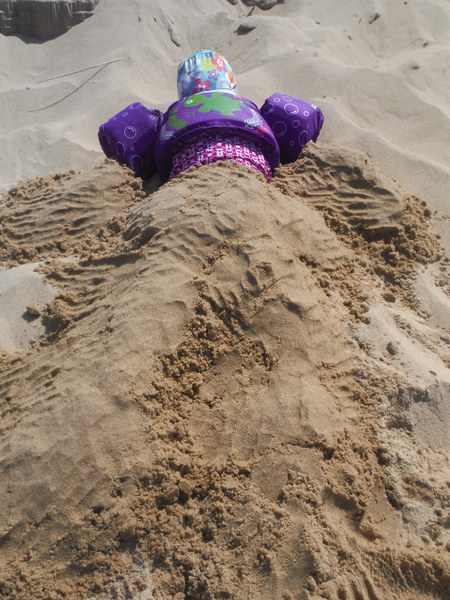 I want them to be mindful and to make choices they feel good about. I want them to think first and foremost about what will make them feel good not just in the moment but also in moments to come. That’s a tricky balance. I also don’t want them to deny themselves deliciousness because of how they will feel tomorrow. I want them to appreciate what they are choosing to eat or drink for its own inherent value and also at the same time consider its possible impact on how they will feel later in the day, or the next day. That, I would hope, would lead to moderation. Fulfillment but not excess. I’ve known too much excess and it’s not served me well!

Years ago, a yoga teacher spoke at a Holistic Moms meeting I organized and offered that yoga was about teaching children to be at peace in their bodies. She said, “What do you do when you’re stressed out in that hour before starting dinner? Do you reach for a chocolate chip cookie? Or Starbucks? Or a drink? Or do you reach for your yoga mat?”

This same woman has retreats for moms with wine and chocolate, so it’s not like she was saying never to enjoy sugar or alcohol. She is about joy and bliss and all things that make you smile. But she was saying that if we, as parents, choose “crutches” that will serve us well in the long haul, our children are likely to do the same.

I guess that’s it. I don’t want my children to rely on crutches that actually disconnect them from their bodies but rather to establish habits that will get them through the tough times. I want them to become their own crutches. If that works, then I would hope they would approach drinking with the same thoughtful consideration as anything else. 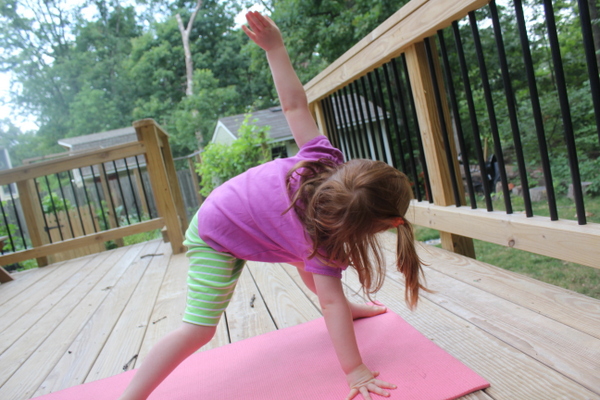 Previous Post: « Spring Break at The Crayola Experience
Next Post: End of summer, with grief and relief »