You are here: Home / Activism & Politics / Grounding in fall

This fall I have noticed the leaves without trying so hard and have immersed myself in a lot of interesting activities that seemed to land in my lap. 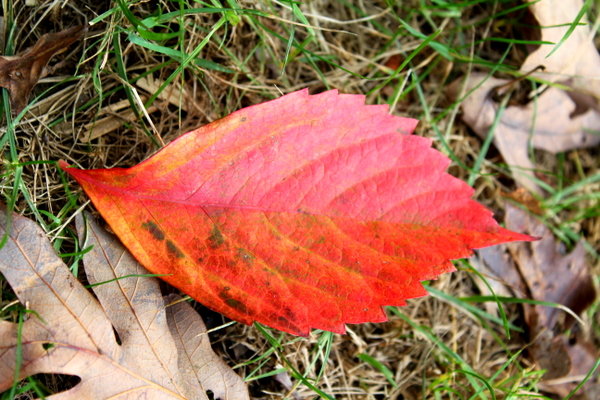 I have been so many great talks and events, and I’ve wanted to write thoughtful and helpful recaps of all of them for my website, Mindful Healthy Life. I’ve drafted some and a few are just ideas and bullets on my “to write” list. Added into the mix are several guest posts, each needing additions or writing tweaks or photos or any number of things. While I’ve kept up the site and expanded its listings, I haven’t yet moved super close to turning it into a business. I’ve been working to stay healthy this fall, and then visited my mom, whose health is struggling, and then came back and had to take care of a child who got a cough and fever a few days after I returned.

For a bit there, I cursed my fate: Whenever I go away, someone gets sick. But this time it wasn’t even a selfish choice to disappear to write or go to something for me: it was to honor my ill mother’s request to spend time with her. My normal cycle of self-flagellation got at least a little disrupted.

And so did my sleep, but more than a little. Being awake two or three times a night with a coughing and feverish four-year-old in a steamy shower with essential oils and Maty’s natural vapor rub and Chestal was enough to throw me off kilter, even without the things I was supposed to be doing when I expected she’d be at school. It was the week I was supposed to help organize the farm-to-school visit with our school’s — her and her brother’s school’s — new farm partnership. I  had to cover the morning so my colleague and friend could go to her regular job and return for the afternoon shift when I would be heading out to the Freedom for Family Wellness Summit to hear the first day of speakers and then set up the table for Holistic Moms Network.

Not with a sick kid, I wouldn’t. None of it. My husband had used up his work-from-home card — and even a day off — while I was gone to see my mom and dad. Plus, it was a busier week. There was no one I could call to come sit with my daughter while she was ill. It was just me. So I spent way too much time worrying about having to let people down and ask for more help. I felt terrible, like I’d brought the whole thing on myself by once again doing too much, wanting too much at one time. But geez, it was just a one-day volunteer thing and the first day of a three-day volunteer thing for an event that happens only every four years and may not even repeat. It wasn’t like I wanted to jet off to the Bahamas and also take a bath during dinnertime. 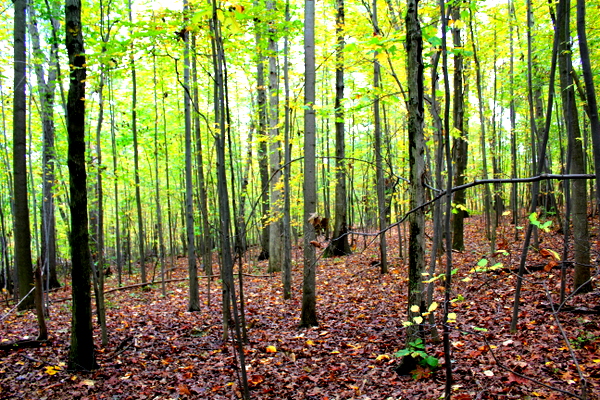 Still, I felt bad and tried to compensate but just annoyed my colleague who told me it would be fine and to just stop emailing people. And it was fine. Because I had to ditch, I reached out to some more people and a few showed up who wouldn’t have otherwise. Building investment and involvement is really the goal, right? To delegate myself out of so many volunteer roles. And I asked my colleague in my Holistic Moms chapter who has expressed regret that her full-time job has kept her so often busy — and out of the country — that she can’t help more if she could set up the table for me, and she did. I hope her older son didn’t lose it the next day for being out late with her, but I’m going with the upbeat tone from her texts that it was a fun date for the two of them.

And the other people who had offered to take shifts and covered much of the day I was out seemed to have fun, too. Oh, to be thanked for having given someone the opportunity to volunteer! 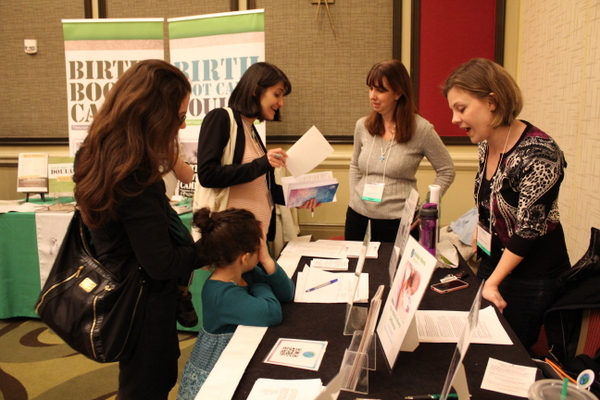 Truth be told, I didn’t know how I was going to make it through the full four days of programming. The talks last time (in 2010, when I had a two-month-old) were intense and the conversations at the HMN table enjoyable, but there is only so much an adrenally-compromised person can take of a conference, especially when eating on the go is a real shock to the system. If I had gone on Thursday and Friday, I wonder if I’d have made it back on Saturday and Sunday.

So when baby girl stayed fever-free on Friday after a much-improved night of sleep, I declared I was heading out on Saturday. And it was so much fun. I saw people I knew from all sorts of places and met other people I’d heard of and tons of other new people as well. I only listened to one of the Saturday talks from the kid-friendly room where the video was piped in (which worked great this year), but it was such a delight to talk to Karen Brody about her new BOLD Tranquility project and what it means to actually allow yourself to rest. It couldn’t have come at a better time.

And it was so much fun to talk to the other HMN mamas at the table and to our neighbors, the people from One More Page Books and Birth Boot Camp. 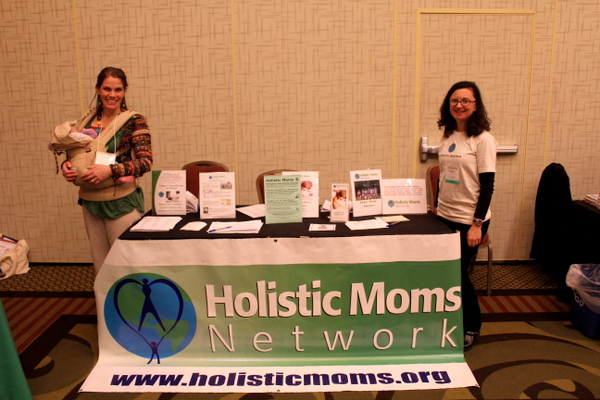 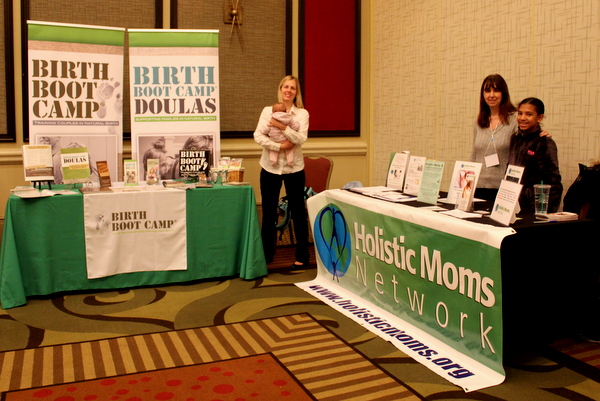 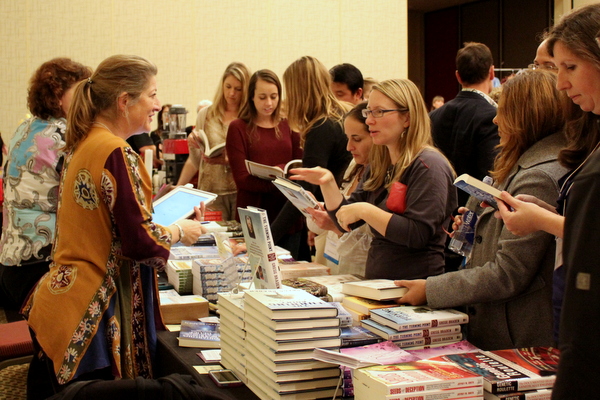 Maybe I was feeding off of the positive vibe everyone had from attending the Bruce Lipton talk the previous night. I got a little loopy after Jennifer Mercier did some amazing work on my c-section scar (again!) in the other exhibit hall, but I made it for a good chunk of the day and yet still home for dinner. 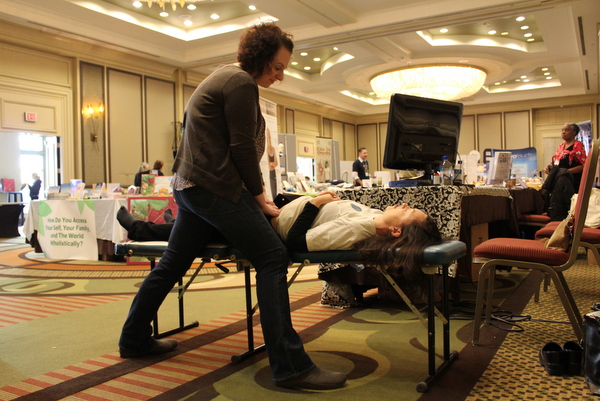 The following morning, I got out in time to hear Karen address the ballroom, followed by Cathy Daub of Birth Works International and then midwife extraordinaire, Ina May Gaskin. There was tremendous power of being among hundreds – close to a thousand – people who share the same values around health and well-being. I’d had the chance to meet Ina May four years ago and at a few other events (and to interview her), so hearing her talk was not new, but it was so gratifying to see her given a standing ovation and to see the long lines of people waiting to talk to her and have her sign their books.

After so many years — over a decade now — of spending so much energy just to have children and then to birth them and heal from birthing them and to parent them, it was gratifying to be in that space where I felt so understood and appreciated, and so uplifted.

The Joe Dispenza talk that closed out the conference was pretty amazing for the science he had to demonstrate the mind/body connection, having done brain scans and brain wave analysis of people before, during and after meditation. I can’t say that I didn’t ever get annoyed the rest of the week after that, but I can say that I have started to get at a deeper level the fact that learning how to handle stress has to be as important as cooking my own food if I’m ever going to truly be well and not set my children up for similar fates. No, I haven’t meditated every day, but I know that will be in my future and that mindfulness throughout the day is not to be underestimated.

Nor is the power of gratitude. I can’t appreciate what I don’t choose to appreciate. It was fun to finally do a recap of all the great events I’ve attended in this fall for my website, and I’m trying to look forward to new opportunities with optimism. 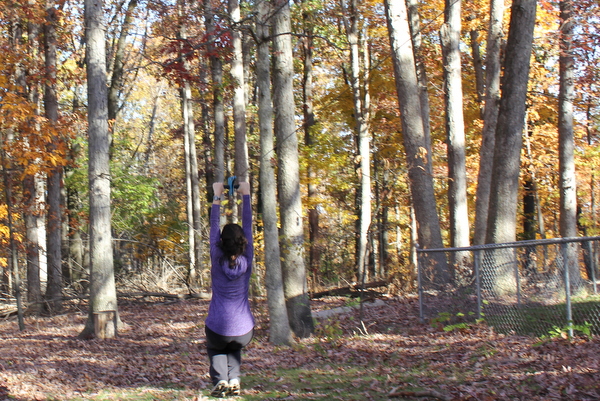 What are some of your favorite strategies to stay positive and be grateful in the face of disappointment or time challenges?