You are here: Home / Activism & Politics / Believing in work (and parenting): Femworking conference interview and reflections

What a delightful conversation I had last week with Kelley Sanabria, founder of Femworking, LLC and Nicole Dash, author of Tiny Steps Mommy blog and the co-chair with Kelley of the upcoming Blogger and Small Business Conference taking place in Arlington on October 26. They offered a discount for covering the conference for TheDCMoms.com, and even though I’d already registered, I was psyched to learn more about the backstory of this fempreneur fest, especially at a time when I am considering myself on the cusp of finally starting a business. The promo piece will be at TheDCMoms.com shortly, but what intrigues me most is always the the behind-the-scenes look at how moms make things happen.

It was inspiring to hear in our interview such enthusiasm and genuine positive energy from two moms committed to helping women support one another in their business ventures. I admit that my 40-year-old self might have let loose a sound something less than pretty when Kelley said she was 28, as if just by being young she isn’t doing something amazing, which she is! I just feel, well, a lot older than I did at 28, when I stupidly whacked out my adrenals and did a number on my blood sugar and digestion by staying up too late and drinking too much coffee and eating the absolute wrong diet for my undiagnosed celiac body’s needs. I expect I would have none of Kelley’s grace if I had become a mom at her age, but maybe I would have had some of her energy. 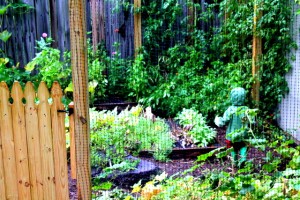 When I asked Kelley and Nicole how they were managing to put this all together, they admitted that in the early stages of planning the conference, it was a little like sprinting in a marathon. They “had to scale it back,” Kelley said of late nights and weekends of full of work. “I’m the kind of person who needs balance,” she said, adding that it feels so good to now be getting a full eight hours of sleep. I can’t recall getting a solid eight hours when either of my kids was just 15 months old, as is her one child, but that’s another story.

Nicole, 35, elaborated that she and Kelley finally were successful at setting boundaries for themselves, and she expressed admiration for Arianna Huffington promoting the Third Metric concept.  The first Third Metric conference was held in June 2013 with the subtitle “Redefining Success Beyond Money & Power. The page for the Third Metric on the Huffington Post says, “The current model of success — which equates success with burnout, sleep deprivation, and driving ourselves into the ground — isn’t working for women, and it’s not working for men, either.” So I’m not the only one lamenting the unhealthfulness of an ambition-driven society? 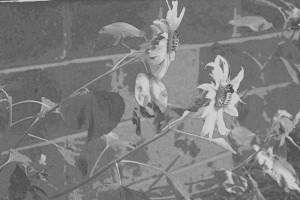 As consumed as I am with holistic health – making chicken broth, doing yoga, pretending to garden, trying to deal with my son’s allergies without medication, and going to bed by 10 or earlier to try to heal my adrenals in addition to many other endeavors including volunteer work at school and with Holistic Moms Network, which can be insular communities – I sometimes miss out on broader cultural phenomena like the Third Metric.

Okay, I miss out on broader cultural phenomena a lot.

So it was more than refreshing to learn that the Third Metric is interested in “redefining success to include well-being, wisdom, our ability to wonder and our ability to make a difference in the world.” Woo hoo! And here I thought that those in positions of power think women are selling themselves short if they don’t stay up all night in order to get ahead. Granted, I got that more from commentaries about Lean In: Women, Work, and the Will to Lead more than the actual pages I’ve read of it or from seeing author Sheryl Sandberg speak at BlogHer ’13. But still, it had been sounding to me like the dominant refrain was “you can do it if you just do more!”

On the contrary, says Nicole. While a lot of entrepreneurs might be killing themselves, living and breathing their business, it is possible, she believes, to “work smarter, not harder.” It’s about prioritizing, as I can tell from many of the Third Metric posts, which I’ll be reading soon (but not that soon since my kids are almost due to get off the school bus).

It stung a little when Nicole, who started her own home daycare in 2009, said it would go against the whole concept of Femworking to act like she’s not a mom. She said she’s  “never going to be the kind of person who pretends I don’t have a family.”

Sometimes I feel like I am one of those people. Despite the fact that I nursed my two children for a combined total of nearly five years and slept with them for a long time and still wear my three-year-old daughter on my back at times, I’ve also put them both in school. Full-time. And in the case of my daughter, at age three. And I still don’t feel like it’s enough time for me to get all of what is in my head and heart out onto the page or the screen or into the community.

My young little girl is in full-time preschool not because I have a paying job that requires full-time care. She’s there in part but because I feel like my health needs are at odds with full-time parenting and I’d rather she have consistency than a cobbled together patchwork of babysitters every time Mommy needs to go to an appointment. And beyond that, she’s there because not working at all – or not working toward something, like my new business or my novel – just does not feel like an option if I want to also be sane and loving. The fact that Kelley is making this work without any childcare or family in town made me all the more envious, as did both women’s comments that their husbands are “really supportive,” which I take to mean they cheer the women on rather than just not complain too much. And when Nicole shared that her family and in-laws were local, the envy pond got deeper.

So it was then nice to hear Nicole talk about coming to terms with the fact that her home daycare business did not fulfill all parts of her and that she needed to pursue Tiny Steps Mommy as her creative outlet as well as her brand. “I have all these dreams and aspirations beyond this,” she said of her business, and the blog is her pathway toward greater fulfillment. I hear you, sister. And as much as I don’t want my kids to miss out on my attention, I also don’t want them to miss out on seeing their mom pursue her passions and believe that she matters. Because I do.

It was inspiring to hear about people finding a way to make work fit into their lives without raising their cortisol levels too much. I frequently feel that my pursuit of health in a holistic way is at odds with my desire to help others find a healthy path and to create for the sake of creation. When I don’t write, it’s like missing someone near and dear who is very far away. It hurts, and I feel like I’m not complete, because I’m not. Somehow I think that these other moms at the conference — be they writers or business owners — will probably get that. 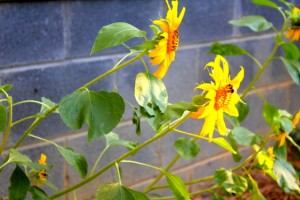 Even though I might have to have my family skip – or I’ll else join late – to a group camping trip in order to attend the Femworking conference, I am looking forward to getting more insights on how to make work actually work for me.

Previous Post: « Life purpose manifesto: Why I want to start a business
Next Post: On nostalgia and novels »