“Rest your shoulder blades on the back of your heart,” the teacher said. But what if the heart is tender?

“Surrender,” she said later, in what felt at once like a welcoming to take a breather and at the same time, almost a dare. Am I capable of surrendering? Can I ever not try so hard?

Today was Day Four of my 10-day Yoga Challenge, and the class was Sunrise Flow, 6:30-7:30 a.m. The previous evening, I had prepped most of what I needed before I left for an 8:00 p.m. tutoring session (my last of the school year!) and the rest after I returned at 10:15: yoga clothes ready on the couch, water bottle full, wallet and phone in yoga mat bag. I’d put my veggies in a glass in the fridge but hadn’t put the juicer back together. I had apple slices and nuts ready for the road if I needed them before or after class. I’d washed the spinach and red pepper to cook with my husband and son’s eggs.

All I had to do was somehow get out of the house by 6:10 a.m. without leaking breasts and without disturbing the rest of the family. But I also had to get my heart stuck from my throat. 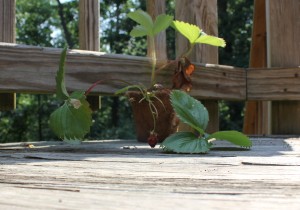 When I’d gotten home from tutoring the previous night, I sat in the driveway to get through a few emails on my phone. One was from a friend with whom I fulfill a school volunteer commitment, and she wasn’t exactly pleased with the way I’d handled something with other folks. I knew I hadn’t meant any harm, but I also could see why she bristled.

“There I go again,” I started to think. It’s been exactly a year since a good friend wrote me a Dear John letter asking me to respect her wishes not to be in touch until/unless she reached out to me first. This time I’m not seven months pregnant, but the story of me not being a great friend isn’t new. While I find the Pony Express approach regrettable, to put it mildly, I can understand why that friend was probably sick of me. I wasn’t — am not — exactly easy to be around. Things are always a production with me. Here I am, going on a 10-day yoga binge instead of just signing up for a weekly class.

And now I’ve pissed off another friend, I thought. But I tried not to get spiraled into negativity and just sent out compassion to my new friend and forgiveness toward myself.

I slept hard, and after a very awake and peppy baby watched me hydrate, dress, and start her brother and father’s breakfast, I handed her over around 6:15 and zipped away in the car hoping to believe it was, in fact, a new day.

I’m sure that people who cross the Potomac every morning are inured to it. My commute was easy, but radio reports told a different story further out from the city. Plenty of people were on their way to Regular Life. But this was revolutionary for me: to be out alone in the morning. Seeing the sun rise somewhere other than through my kitchen window. Imagining a world outside my tiny one.

And yet, that tiny one is precious, and it is mine. NPR ran a story about women saving their eggs for future babies, and I had the epiphany that — surprise! — I am so blessed to have two healthy children after two healthy pregnancies (and one fast and natural birth). This is what I wanted, right? When I was praying and struggling to heal my thyroid years ago, I wanted to be a mother. I wanted to create a home, a family.

And yet somehow it feels like everything is in the way of — instead of in service to — mothering.

But it’s all in the attitude. Like hearing “Surrender” as an invitation instead of a dare.

The class was good, and very similar to the other three except that all three other students were men. I am certainly sore but still enjoying everything and feeling stronger. I was so glad to have made it to class, if a few minutes late. It felt both safe and challenging to enter the studio for my fourth guided practice in a row after months of almost nothing.

I got home a little later than I’d promised, but my husband had survived with the kids and then made it to work without missing any meetings. Within 25 minutes of my walking in the door, I made my juice and nursed the baby; I got my son to finish his breakfast, get dressed, pee and brush his teeth; and we left for preschool.

In the parking lot, I got to hug my recently offended friend and, I hope, right things up (even though I interrupted her conversation with another mom to apologize. Old habits die hard.). I came close to tears and glistened with them on the way home, but I never did find my sob. I think it may surface soon.

Before I drove away with a sleeping baby in tow, a mutual friend who recently completed a yoga teacher training said she felt like she was just starting; there’s so much to know. Nothing is ever “done,” I offered, explaining that I’m trying to just embrace the unending process of things instead of looking toward some unattainable end point, which is my more natural inclination.

I got lucky with a carseat napper, and I felt great just drinking water and eating some apple until after the baby woke at 11:30. My recent obsession with eating until way beyond full (because who knows when I’ll get to sit down to a quiet meal again!) seemed to have faded today. No longer was I a squirrel storing away calories for the winter (or, in this case, a flabby belly). I felt cleansed and satisfied with a lighter plate than and through the rest of the day.

When I picked up my son, I was quicker to laugh and smile than to snap and shush. The three of us had a lovely afternoon together, a welcome change from the long holiday, hot, bright (for so many hours!) weekend that we struggled to fill without the four of us driving each other crazy.

Time to surrender, to sleep. 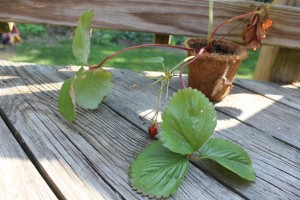