You are here: Home / Activism & Politics / Why clean air matters to my family

After I’d attended the summer Moms Clean Air Force play-ins and had learned more about the organization‘s important work, I was honored to be invited me to speak at the Virginia Mama Summit at the Virginia General Assembly building. At first, I thought that since my children don’t have full-on asthma and I don’t work as a healthcare practitioner or scientist, maybe my story wouldn’t be very persuasive or compelling.

But the more I thought about my own healing journey to be get well enough to even have children and then about our journey to support my son after he developed severe spring allergies at age five, I considered that I had something worth sharing.

Here is the statement I made at the February 19, 2015 #MamaSummitVA press conference. 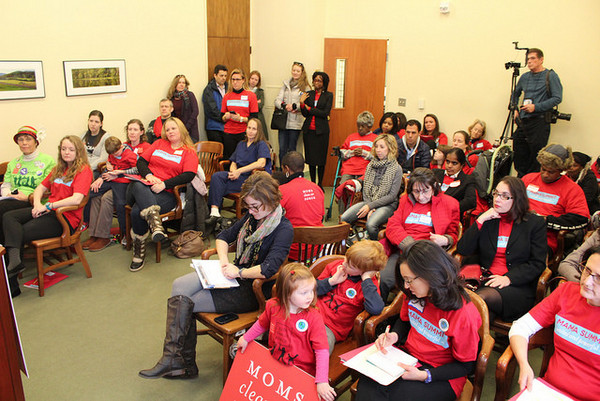 “At the heart of nearly every choice I make for my family is the desire for my children to be healthier than their mother. When I was diagnosed with a thyroid disorder at age thirty, I was devastated to have to put off having a family. But eventually I became grateful for the delay. Through the process of trying to heal my body from the inside out, I got stronger and healthier.

When my urine showed a highly elevated level of mercury after I had my one dental amalgam removed, I went on to explore other sources of toxins in my past and in my daily life and to work on detoxifying my body so it would be ready to grow a child. While I was healing, I read about the contamination of breastmilk with persistent organic pollutants, PCBs and dioxins. I read that Inuit mothers with no known sources of dioxin within 300 miles have breastmilk that is twice as contaminated as Candadian mothers living in the south because of the jet stream carrying pollutants from mainland North America. Like it or not, air quality is a problem we all share.

I’m grateful that I was able to clean out my body somewhat before conceiving my first child. But I also know that I offloaded some of my remaining toxic burden to him through breastmilk. When my son was five, he developed terrible spring allergies. He reacts so strongly with eyes that tear up and swell almost shut, he has had to stay inside for close to three weeks in the early spring for the past four years. 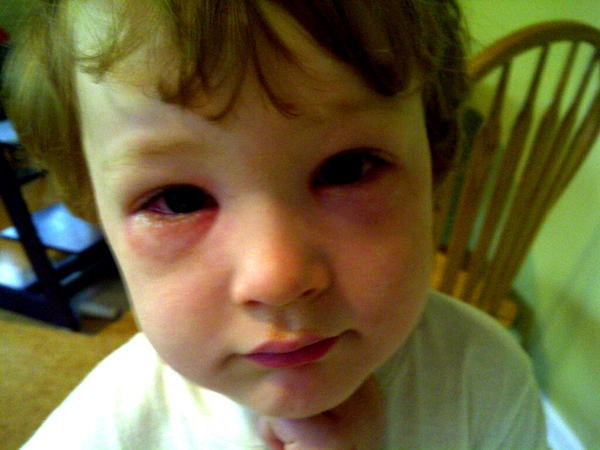 The first time his eyes got puffy came after we had spent the morning at a preschool spring festival while noisy, smelly road construction was going on just down the block. The following year, the swollen eyes returned right after he spent time in a church classroom that had just been painted using paint full of volatile organic compounds or VOCs. Our healthcare practitioners feel those environmental triggers and the increased use of lawn chemicals and sprays during the springtime push my son’s body over the edge when tree pollens come out. 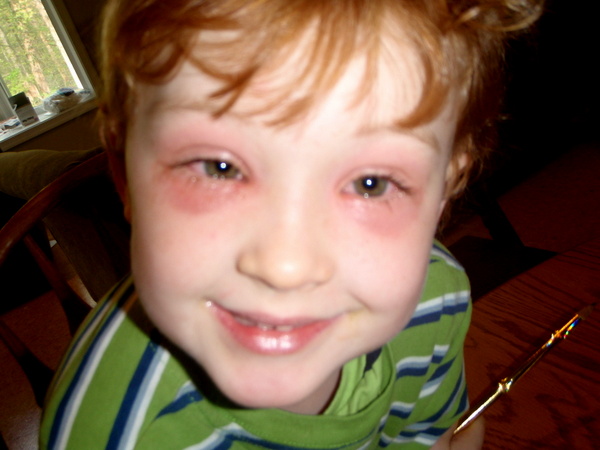 Through diet and immune-boosting protocols, my son is getting better, but the air near our Northern Virginia home is not. The Metro DC area gets an F for ozone. When I let my son play outside or go to soccer practice in the late afternoon on a warm day, I know I’m probably compromising his health. Breathing smog is like giving your lungs a sunburn.

We are fortunate to live near a woods with trees that act as a buffer between us and the nearby highway, but we were unfortunate to live down the street from a high school that was recently being demolished. When we returned home from a summer trip, my son’s nose began to run and did not stop for months. Was it the dust from the demolition? Was it the off-gassing of new home furnishings because our house was too warm and closed up during our absence? Probably both. So many children are living now with asthma and other chronic conditions, we cannot ignore the impact of air quality – indoor and out – on our health. Babies are born with more than 280 human-made chemicals in their umbilical cord blood. They deserve a better start to life than that.

I’m proud to stand today with Moms Clean Air Force and to ask Virginia legislators to give strong consideration to measures affecting clean air and to realize that those measures are really affecting children’s health. Thank you.” 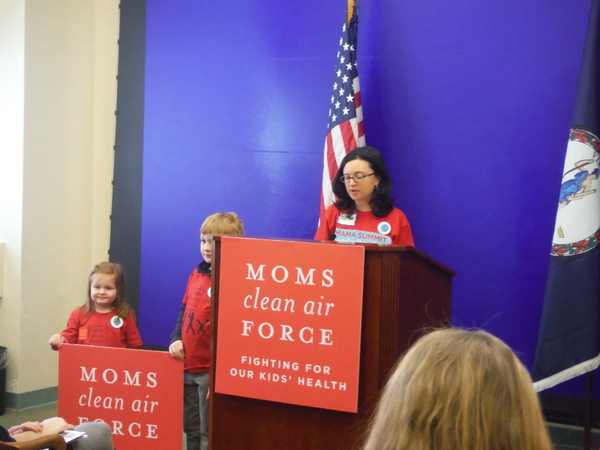 The link to the press conference video is

I’m introduced at the end of Part A of this video. My speech comes at the beginning of Part B. The video cuts off the first line: “At the heart of nearly every choice I make for my family is the desire for my children to be healthier than their mother.”

See also the Flickr stream of photos from the Mama Summit.

For more coverage of this event and the legislative issues addressed, see my post on Mindful Healthy Life.