When I was in graduate school, long before I had kids, several of my classes in both English and women’s studies addressed an approach to teaching called critical pedagogy in which students are invited and expected to participate in conversations about their own learning and even about the power structure of the classroom and the institution.

Then and as I continued my career teaching high school English, I followed the work of Rethinking Schools and Teaching for Change. It seemed close to irresponsible to me to consider discussing a work of literature outside of its social/historical/political/cultural context. In a way I still do. Or, rather, I do again now that my son is ten and it feels more appropriate for him to engage in conversations not just about the way things are, but also the way we talk about the way things are.

I’ve been out of the classroom now for 10 years. Although I’ve tutored a few high school students in that time and enjoyed talking about American history and racism with a student from China who was assigned to read Their Eyes Were Watching God, I have largely been away from the kinds of conversations about identity that I used to have with teenagers multiple times a day. That doesn’t mean I don’t still think about it. I do, all the time.

As we rushed around getting ready for him and his little sister to go to camp for the day, I explained that one of my tasks that day was to prepare for my first piece in the Huffington Post to be published soon. He asked what it was about. I said it was about me as a mom thinking about how to talk to him about race – about what it means for him to be white and how his life every day is different than it would be if he were out in the world with brown skin.

There is a lot more I need to share with him. I still haven’t gone into depth with him about the death of Philando Castile, and that’s not really okay. We heard together on NPR about the investigation into Alton Sterling’s death. I was grateful for the reporter’s explanation in language my son could understand. It’s important for children to learn about the world from multiple sources. Sometimes I worry that if I’m the only person talking about healthy food in my son’s life, he’s going to think it’s just a crazy mom thing, and I feel like it’s important for him to hear messages about tolerance and intolerance from people other than me. It’s not enough for him just to interact with a diverse group of kids, which he does; he does need to understand the broader context.

We read books that reflect diverse experiences, and we have lots of open conversations, but I’m still finding my way and will be for some time. Last year, a mom in my community who is Native American brought up a conversation we’d had about the Washington football team years earlier, when our boys were around six. My white boy had another white friend who wore the team’s gear. At the time, my son didn’t know much about football except what he got from his white friend. Although I didn’t use the mascot name myself, it still wasn’t on my radar as an issue that needed discussing until my son said in the car one day that he didn’t want the team to change its name. I was floored. How dare my child reach such a conclusion! But really, what would he know except what he heard from others. Nothing if I wasn’t talking to him about it.

Shortly after that disclosure, I had a conversation with the mom of the Native American boy in which I disclosed my discomfort with what my son had said and my uncertainty about how to address the issue with him. I didn’t expect her to give me any answers, but I wanted her to know I was grappling with it. We had talked about the book Rethinking Columbus and about how her son had been harassed about his long hair. I wanted her to know I was flawed but engaged.

A few years later, this mom raised her concern to our school community about the school taking funds from Harris Teeter, the official grocery store of the Washington football team. In the context of us talking about engaging the PTA, she said she was tired of having to teach people, and she brought up the conversation we’d had years earlier. In her mind, I had professed that I wanted to shelter my son from conversations that she did not have the luxury of shielding her son from, given that every day he was confronted with the racist imagery of the Washington mascot and its derogatory name. I was saddened that she heard only the part about my concern about my son’s readiness for grappling with tough issues and not the part about my also being uncomfortable shielding him from reality, especially when it has such a negative impact on his classmate. Even if she and I and our sons aren’t the closest of friends, the presence of this family in our lives has raised my family’s awareness about Native issues and provided an opportunity to talk about topics I might not have otherwise prioritized.

I don’t want my kids to grow up thinking everything is okay and then having to get their illusions smashed in college, as I saw happen over and over again when I was teaching. I want them to be anti-racist advocates from the get-go. I’m just not sure how to do that.

And it’s not just race. I recently attended the ivivva Summer Festival, a terrific event for girls that got a huge group of girls together to do yoga and generally celebrate their awesomeness. Ivivva is a girls’ fitness clothing brand, and I applaud its desire to help girls feel great about their bodies. The event was a ton of fun and helped my daughter appreciate yoga as something positive in community.

However, just shy of six years old, she hasn’t yet learned to feel ashamed or uncomfortable of who she is. She has absorbed plenty of ideas about gender roles, but I don’t think she’s attached much positive or negative value to them. So, at first, this girls-only space struck me as a little exclusive. After all, we choose to participate in the scout-like group the Jr. Navigators because it is co-ed and intentionally inclusive. I love that the overnight camp my son did last year with an organization called SolPlay was co-ed. When adults have a positive attitude about children in general, regardless of their gender, kids respond in kind.

But not all adults have positive attitudes about women and girls. Especially in this election cycle, we don’t need to look very far for proof of that! And as long as men will rape and their fathers will excuse their actions and judges will hardly punish them, we know we are still dealing with systemic misogyny.

So yes, there is a place for women and girls to be upheld as awesome. I’m just not sure how much talking to do yet around why that’s necessary. If kids grow up believing in the good in one another and in themselves, when exactly do you pop that bubble and tell them there’s actually a whole lot of ugly in the world. Most of the feminist retellings of fairy tales only make sense if you’ve already absorbed the lies of the originals! But of course, as my friend rightly pointed out, people whose children grow up with the privilege of white skin don’t have to school them on race issues out of fear for their safety. But they still have to do it. And so do parents of boys on issues of gender if we want to work toward a society where rape statistics actually go down.

My son went to a Waldorf school for a pre-K, and I do appreciate its emphasis on preserving childhood. I grew up as the youngest in my home always wanting to be older, watching soap operas adult sitcoms at a very early age. I feel in some ways like I was never really a kid, and I don’t want that for my kids.

But silence about injustice only serves to perpetuate it, to condone it, to pretend it’s not there or to assume it will always be there. And that’s not what I want my kids to believe. In order to fight for progress, you need to know there is a need.

When I was in my twenties, I talked to a newspaper reporter who was doing an article about English as an official language. The way he quoted me, I came off sounding racist and xenophobic when I had been trying to share a nuanced reflection about the fact that I harbored racism and xenophobia and that I wasn’t proud of it. In the language of graduate school, I was trying to problematize the reaction I’d found myself having when I hit a communication impasse with a non-native speaker. What was underneath that reaction? What assumptions was I harboring about my privileged role in society even if I also wanted to be an anti-racist educator and to advocate for all children in the U.S. to learn at least one language that is not their own?

For years I felt ashamed of that interview and guilty about sounding so prejudiced. It seems that now, as I wrote after attending my first SURJ meeting, we are at a place in our culture where white allies are starting to own their own shit. At least in some circles, it’s considered ridiculous to profess that you’re untainted by racism, or that you’re color-blind. It means you’re not doing any hard work.

And yet, there is a completely different parallel world going on out there inhabited by those who talk about “Making America Safe Again,” as though it ever was for people of color. I’m heartened by the openness of progressives and scared about the rhetoric of those who say they want to return to a mythical past.

There is only one way forward, and it is forward. It is not clean or neat or without contradiction, but retreating is not an option. 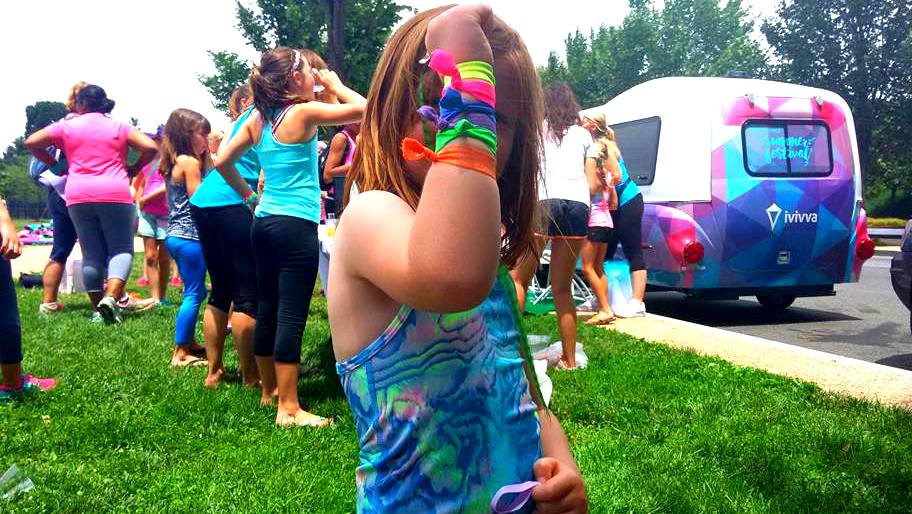 Previous Post: « Getting back on the train to social justice
Next Post: Behind the scenes with Jennifer Robins of Predominantly Paleo »