You are here: Home / Activism & Politics / Parenting in the land of compromise

Welcome to the June 2013 Carnival of Natural Parenting:

Parenting in Theory vs. in Reality

This post was written for inclusion in the monthly Carnival of Natural Parenting hosted by Code Name: Mama and Hobo Mama. This month our participants are sharing how their ideas and methods of parenting have changed.

The surprises in my shortcomings as a parent were not immediately apparent. It’s been more of a discovery since my son emerged from a docile toddlerhood into more challenging Threes, he got a sister at four, and my health went downhill. I had read and learned so much from parenting classes when he was young, and I’d gotten so much more knowledgeable about healthy eating, it was as though I could taste the promised land.

Today, he is seven, and my daughter is closing in on three. I realize I had no idea what it was to raise a toddler the first time. She brings me more challenges and exasperations on a daily basis than her brother did in weeks’ time.

Before she was born, I had some concerns about my ability to slow down and be present. But I had no idea to what extent that would become a physical necessity.

I mistakenly thought that after a relatively quick and easy homebirth, I would bounce back faster than from the c-section I had with my son. Indeed, my milk came rushing in, but my energy also went rushing out. I stayed busy with volunteering at my son’s Waldorf school and with Holistic Moms instead of sleeping all the time like I did after my son’s birth. I needed to sleep. I wanted to be active, but my body — four years older and grappling with what I didn’t quite realize was IBS — could not rebound. 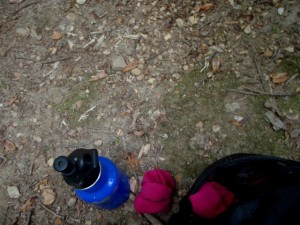 It’s now nearly three years later, and I feel like I’ve been swimming through jello most of the time. I’ve undertaken a number of healing modalities and have had improvement from a lot of them, but inevitably I try to do too much and regress. I recently got confirmation from a saliva test that I’m close to adrenal fatigue. New supplements are helping some, but I continue to wonder just what I am up for.

If I don’t write and participate in my community, I don’t feel whole. And yet, I really need to sleep a lot and to meditate if I’m going to heal. I keep imagining that someday I will hit on the right combination of remedies and magically turn into the mother I want to be. For now, I am making a lot of compromises between what I thought I would be doing at this stage and what I am doing.

Schooling is one of the areas I’m feeling conflicted about right now. I used to teach public school and think there is a lot of good that can come from an activist/whole foodist/environmentalist parent being connect with public schools, but there are also a lot of things I don’t love about it, including tests, screen time, indoor time in inclement weather, and “treats.” I hope to have more energy to work on those issues in the future.

I thought I would keep my son in Waldorf school until 3rd grade and that my daughter would go there, too, maybe starting late since she has a summer birthday. If she turned out to be more introverted, I thought I might keep her home longer or even try homeschooling if it seemed to suit her temperament. I loved the natural environment, the attention to spirit — heart and head — and the fact that the teachers were so grounded and calm. I learned a lot about rhythm and hoped that I would have integrated more Waldorf songs and stories into our home life when I had the chance to start over with my daughter. But then my son started acting out in the family-like environment, and the price tag didn’t seem to compel us to stay if it meant we might miss out on a spot at the Expeditionary Learning public school where he now goes (and which now has a long waiting list)

So we have saved five figures a year twice over (and saved time in additional hours that he’s at school and that he takes the bus home). It is a choice school that does not use grades, an EL school that values community and nature with an intentional focus on meeting the child’s needs. But still, it’s a school where he is tested on screens and spends his days under florescent lights.

This year, my daughter has spent three full days a week at an in-home Montessori daycare/preschool and only six weeks at a 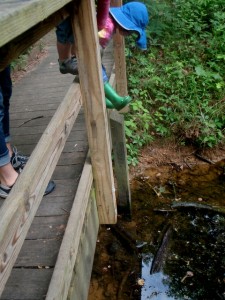 Waldorf parent-child class and a handful of times at a homeschooling co-op. Although I think the Montessori approach suits her well, and the home is beautiful,I love seeing her do imaginative play.

We were surprised to get a coveted spot in the Montessori pre-K at my son’s school, a spot that would not come up again. So, instead of going to a Waldorf school and staying home with me the other days, my barely three-year-old daughter will likely spend five days a week, 8:00-2:41, in a public school.

The teacher is lovely, and the setting is familiar and comfortable to her.  I will have consistency in my schedule and be able to pursue work during the day (instead of nighttime tutoring, which is too hard on my body and on the kids) and to take care of my health and, I hope, our home. She will have a consistent schedule, which I have trouble providing when left to my own devices, and she’ll be at a place she is already asking to go. The biggest benefit is that the kids will be in the same place, coming home on the bus or with me without having to truck from one spot to another to get the other sibling.

But still, it’s public school at age 3, and not by financial necessity. It’s because I can’t hack it as a full-time mom.

There are times when I relish the days off of school, when we don’t need to be anywhere at any set time or when we can do an outing that’s impossible when children are gone 8:00-2:40 and come home needing a big snack and rest. These days, I totally get unschooling. However, as much as I enjoy those times with my kids, it feels like an incredible amount of work for me.

And the inconsistency is hard. My Ayurvedic constitution is vata-pitta. Currently, it seems my vata or air energy is way 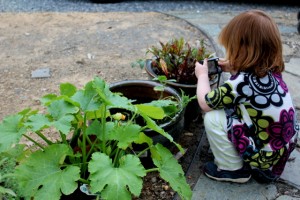 Since we haven’t built a garden or even a front yard since finishing our renovation 10 months ago, all we have is some plants in pots. That my daughter wants to photograph. I think that about captures the essence of our on-hold and thinking *about* instead of living *in* existence.

overblown, and one of the best remedies for that is consistency of daily routines. I also need to eat in quiet or I simply don’t digest. This does not work well even with kids at home but especially not when you’re on the road. When we go on trips, I tend to eat a huge meal at home so that I can skip another one later rather than try to munch while one is stuck on the slide and the other wants me to watch him climb something. I just can’t be in my body and be with my kids at the same time. So I have to have time without them or I literally get ill.

That is not something I expected to say. And even though my son was intense, I had no idea to what extent his sister’s temperament would stress me out. I just can’t be a good mom to her if I have to do it all the time.

No, I am not in pain or fighting cancer, and yes, I am trying to work on my stress response. But it was over 30 years in the  making (including some years doing some really harmful things), and it’s going to take a while to reverse.

I realize my children are only young once, but I am not getting younger, either. I feel like now is the time to be present with their newly unfolding selves but like it is also time for me to ensure that will be around and mobile when they have children. It almost seems like I wasn’t ready to really heal at the level I’d needed to for so long until I got so ill I could hardly take joy in my children’s smiles or walk up the hill from the bus stop without getting exhausted.

They sometimes eat without Mommy and sometimes rice crackers and a lot of dried fruit while I tend to my chicken stock and try to muddle through the brain fog and figure out what is the next thing to prioritize to get well. I long for the day when we culture our own homemade coconut yogurt, they eat nothing from a package and more things that are green than white.  And that’s just the start of it.

I try to remember that at least they are very far ahead of where I was at my son’s age, when I’d eaten tons of McDonald’s, gluten, artificially-colored candy, and soda pop and they  have had none. Compared to a lot of other kids, their diet is quite clean, but I know they would do better with fewer carbs, and I admire people who stick with GAPS diet or even a Paleo diet with their kids when there is no smoking gun of necessity (like eczema or asthma).

My hope is that my feel vibrant and alive at 40 and that they have a sense of groundedness I’m just beginning to cultivate. If they can’t see me model having that, maybe they can at least see me working toward it.

Visit Code Name: Mama and Hobo Mama to find out how you can participate in the next Carnival of Natural Parenting!

Please take time to read the submissions by the other carnival participants (posts will be live and updated no later than afternoon on June 11):

Previous Post: « Sharing our stories: a friend documents war rape
Next Post: June events for the green and healthy family »