You are here: Home / The Arts / Music carries me back

My son doesn’t yet know any more contemporary tunes than I do, I’m so out of it. He’s only five and a half and privy to the whims of his dad who controls our SqueezeBox with jazz, David Bowie, and whatever else he happens onto. Sometimes that’s an album I listened too way too much as a dark-minded teen — like Pink Floyd’s Dark Side of the Moon, or something by the Cure, music he eschewed in his own high school days.

We both came of age in college at the time of Nirvana’s first album, which is getting all sorts of press lately as we mark 20 years since its release. By the time Nevermind came out, I had moved more into academics and away from following the music scene. Just a few years earlier, 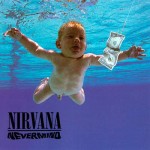 When I began reading Carry Yourself Back To Me, I was struck at how clueless I was about the real songs and bands the protagonist, a fictional singer-songwriter, references. But it’s so different today to be able to track down anything — tunes, lyrics, details about the musicians. It used to be that you either had liner notes with lyrics or you played a tape over and over to try to figure out what they were saying. I can still recall my husband’s best friend wondering about Nirvana lyrics in a letter he sent from study abroad in Japan in 1992.

Now, everything is at our fingertips. Will music retain the same kind of place- and time-specific identity? Will certain songs be associated with certain years the way they used to be? Since  listen only to NPR, WPFW and kid CDs in the car, never pop radio, and since everyone can 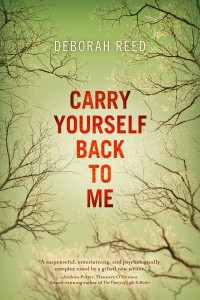 make their own playlist with a few clicks instead of real shiny brown audio tape or silver CDs, it’s hard for me to believe that songs and time periods can be as tied together in the common memory.

But I bet that my distance from the world of “this is so last summer!” is just another marker of my old age. Teen spirit still has a smell, right? And a relationship to the music of the time.

I’m so behind, I don’t even whine about wanting to get an iPod. Ever since I left off teaching high school, I’ve been woefully sheltered. So far, the only pop culture references my son brings to the table are related to shows and characters other kids talk about at his new public school.

I may have to wait for him to start seriously consuming media before I will get back in the game of possibly knowing what is hip.

Deborah Reed’s debut novel Carry Yourself Back to Me follows heartbroken singer-songwriter Annie Walsh as she digs into the past to exonerate her brother from murder. As a member of From Left to Write book club, I received a copy of this book for review. You can read other members’ posts inspired by Carry Yourself Back to Me on book club day, October 3 at From Left to Write.