You are here: Home / D.C. Metro / Identifying the good

It seems a little surprising that I’m feeling so calm on such a full day. It sure feels different to be trying to figure out why instead of figuring out why I don’t feel well, which is a lot more common!

I woke this morning with a sore throat and tight chest thinking, “Oh, maybe it’s not the house or outdoor allergens that have been making the kids cough; maybe they did have a virus and it finally caught up with me.” So I dosed up with some remedies. Maybe they somehow had a calming effect.

I didn’t feel sick, exactly, so I didn’t nix any of my plans, which included:

In fact, I was totally calm on the drives between each of the three locations and again on the way home. I didn’t get bothered by any traffic. I didn’t feel in a huge rush. Maybe knowing I couldn’t do any of the events justice sort of let me off the hook!

Maybe I like finally having GPS talk to me on my phone so driving in the District was no mystery. And I got to listen to NPR, some of Weekend Edition, This American Life, and Studio 360. That always helps.

Maybe I just felt happy that my husband was taking the kids for the day and I knew they would not miss me much when they were at my son’s baseball game and then at lunch at District Taco.

Maybe it’s because my normally taciturn (in text and in life) hubby actually gave me some good intel, including that my son’s team won 4-0 and that lunch worked out well despite it being crowded. And he added as a fifth (!) text, “How’s my baby mama?”

Yes, I’m sure those texts helped, as did all the good and mindful breathing we did in the Whole Woman workshop.

But there was something even at the start of the day. It was a lack of overwhelm. A lack of conflict. A missing crisis of confidence. 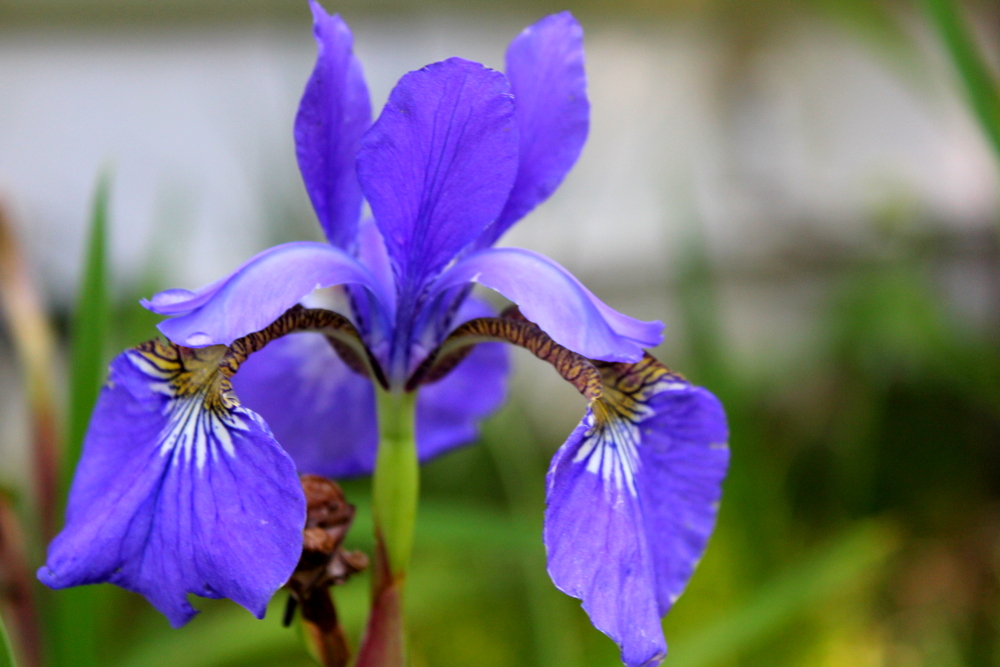 I knew I wanted to go to all of these things so I could 1) experience and enjoy them 2) write about them and 3) make some connections.

And for some reason, I didn’t worry that doing some yoga before such a busy day would deplete some of my usually limited energy reserves. So, before my husband woke up, before I started cooking breakfast, while my kids were playing a card game on the family room floor and not fighting about it (!), I went out onto my deck and did yoga. Come to think of it, I did yoga on the deck yesterday, too, after the kids went to school.

I watched the clouds. I looked at the trees. It was good. 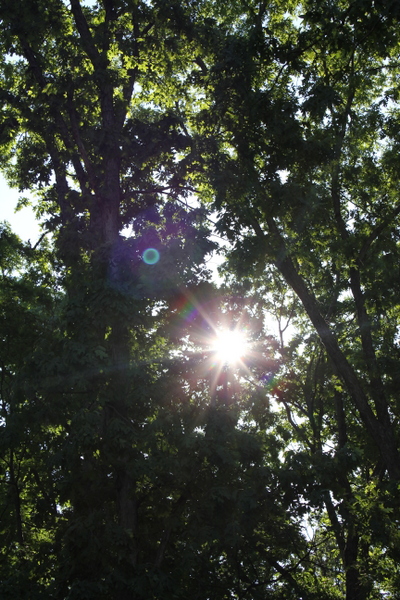 My son wanted to watch MLB game highlights on TV. I told him he had to pick me some fresh mint first, and he inhaled and smiled “Mmmm” when he stepped outside. I smiled.

Hey, maybe it helps that last week we got the garden cleaned up and I’m eating something from it every day. 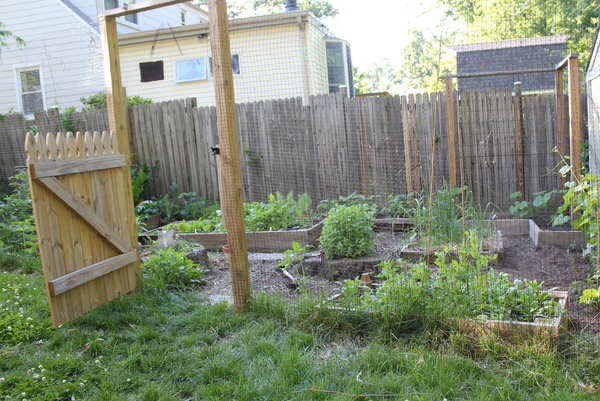 Was it that I forgot to take my B12 spray today, or that I did take it yesterday?

Has the magnesium — or any of the other supplements I’ve been taking for a few months –now caught up with me?

Was it partly that put on some Balance oil before I left the house?

Do I owe this calm in part to the fact that yesterday a chiropractor did cranial work and visceral work on me. He said there were releases in my uterus and liver, and he left me lying on some hip wedges for a bit. I briefly fell asleep on the amethyst biomat, which I am starting to think is kind of magic for me. Every time I have used it at a health conference or at a practitioner’s office, I’ve felt pretty groovy after!

And then even though I was tired after that session yesterday, I reasoned I would feel better getting groceries and a fresh juice at the Mosaic district MOM’s Organic Market. It was delicious. And I did feel better with a belly full of organic veggies and a fridge full of food. So maybe that helped build my good mojo.

Maybe there’s a piece related to work/life balance. On Monday night, I woke at 2:40 a.m. with a scary dream, and a chapter of my novel just downloaded into my head. When my daughter woke shortly after, I decided I would get up to write if I got her back to sleep. And I did. By the time I finished the chapter, it was nearly light out so I did some yoga and then, since everyone was still asleep, I got on the elliptical for 15 minutes, for the first time in weeks.

I guess that makes three yoga sessions in one week, a marked increase from weeks past! And gosh, I must have done some last weekend, too, because then my daughter followed suit and insisted on getting out the Yoga Kids book! Man, the things I wouldn’t remember if I didn’t write or take photos! 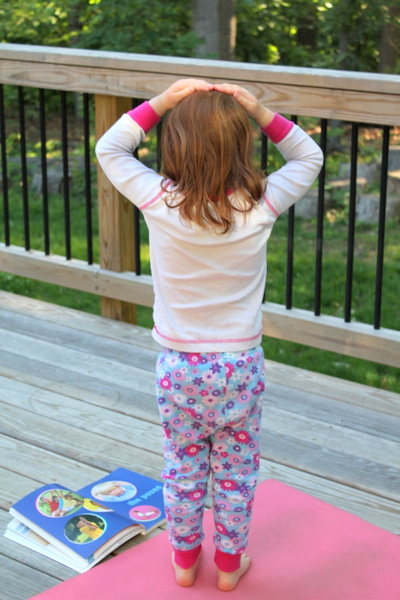 Also, the editing project I’ve been working on for nearly seven years is almost done with other people involved such that little is left in my hands except to assist with the book launch. If I can ever sit down to invoice my client, I will actually eventually be paid, which is super exciting.

And in other business news, I’ve had one wonderful conversation with someone who is a great community resource and will likely collaborate some with me on my website, Mindful Healthy Life. I have phone conversations set up with two other folks this week who might also help and have some interest from a few others. When I went to the Ease opening today, I spoke with one of the vendors about wanting guest post and collaboration as if it were really happening.

This leads me to what might just be the biggest thing: I’m headed to a blogging conference next weekend. When I realized that attending BlogHer ’15 was not going to be possible with our family visit schedule, I looked at the people behind BlogU and realized I stood to gain a whole lot from meeting them and attending the sessions. And from having two nights away from my kids!

Mother’s Day came and went with nary an acknowledgement from my immediate family other than my daughter adding “Happey Muthers Day” to her dad’s birthday banner and saying, “But we have to do something for you too” in addition to the gifts for him. 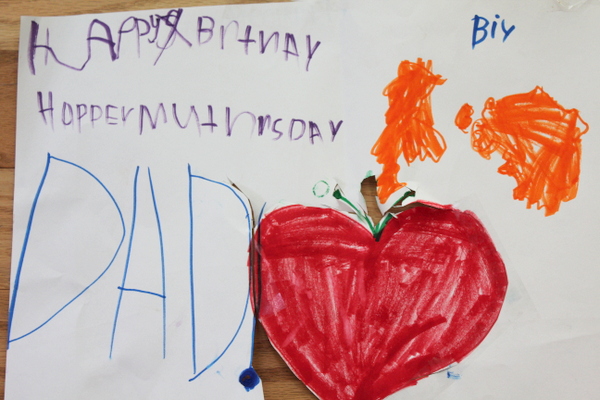 The following day, my husband offered the following day in a text to hold “Mother’s Day Observed,” and I jumped at it. Not just to take the kids somewhere for a few hours the following Sunday. No, something that I really wanted to do.

So I snagged one the last dozen single rooms for the Baltimore event (so close that I can still go to the Green Festival earlier that day). I also came close to also booking myself a spot in a Writer’s Center publishing workshop for the following Saturday, but that feels a little indulgent. My hope is that I come back from BlogU with so many great ideas about how to build the site and to monetize that I say, “Heck yeah!” to the publishing event that, if there is still room then, would do wonders for me, I’m sure, in motivating me to send out chapters of my novel as short stories and to work on the parts that still don’t exist. And of course assist in the eventual process of shopping it around and trying to get an agent.

So I think having that on the horizon has been a big help, especially after one attendee from last year posted today on Facebook about the success of a post of hers that she learned how to do from last year’s conference.

And on the subject of Facebook, maybe it helped that I weighed in on a question about blog tagline with one of my idols, Donna Jackson Nakazawa, author of The Last Best Cure. I hope to get up the nerve to reach out to her for real someday soon, and it feels good that she seemed to consider my advice, well, worth considering!

It was also great two weeks back to attend the book launch of my high school friend Allison Leotta with two other friends. Inspiration and camaraderie are good things. And I gobbled up her fourth book and felt like I’d been reaquainted with an old friend in her character Anna Curtis. 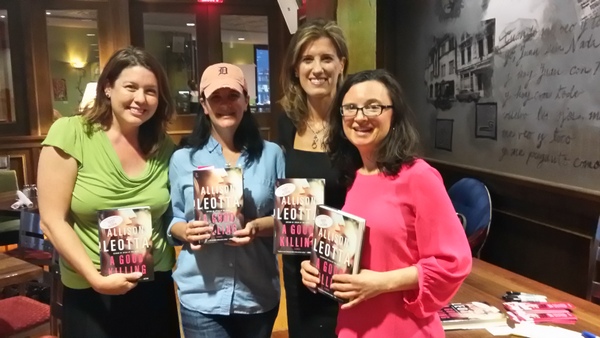 When I finished A Good Killing, I went on to start Still Writing by Dani Shapiro, who I got to see a few months back at Fall for the Book 2014. A book on the practice of mindfulness and writing, that’s been a help,too.

Oh, and my husband and I actually went out to see Cabaret on Tuesday night. Yes, I think I need more art in my life. And he is getting some now, playing with his friends in a band tonight which means I get to write without the chance of feeling guilty for not hanging out with him. It’s kind of like a free pass. When practice starts after dinner, we both win.

Maybe it also helps that I have an appointment with someone on Monday to do “Soul Detective” work with me, something I was resisting but am now looking forward to. Maybe I’m ready to get out of my own way.

I also have to wonder if there is something to the fact that I’m sick, actually now registering a slight fever!

Who knows. But I like that I feel this decent in my head and heart when my shoulders ache, it hurts even more to swallow, and my left wrist just today started having a super painful twinge when I move it just the wrong way. I might feel like total crap tomorrow, I know, which would suck since my son has his first piano recital followed by his last baseball game at 6:00 p.m. and state tests the following day which means he ought to get to sleep right at the same time that he’s in left field.

But it’s nice to believe for now like it will all be okay. 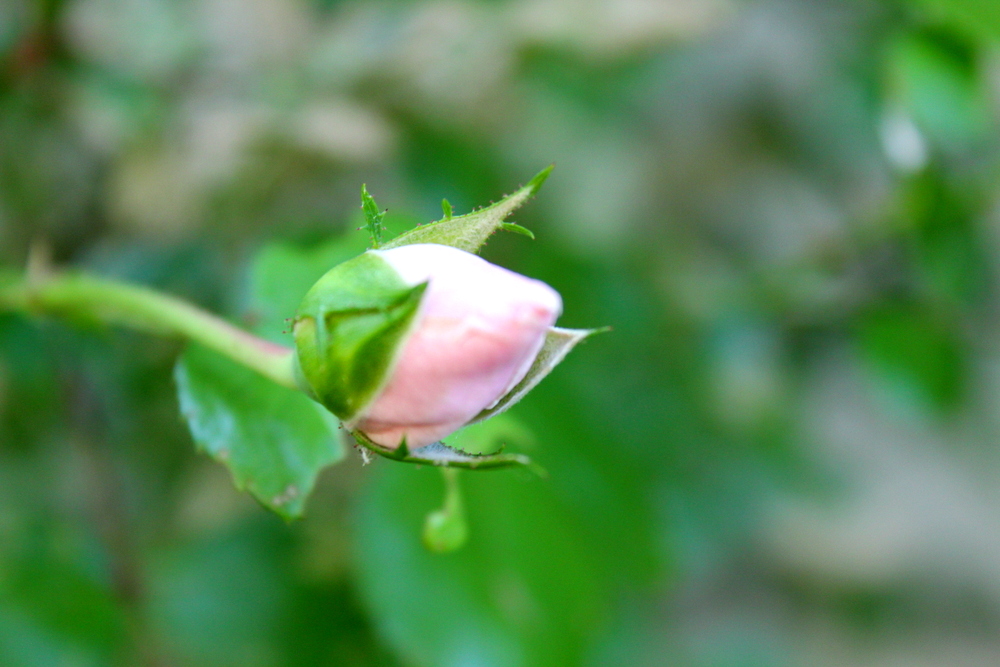