You are here: Home / Holistic Health / Diary of a wimpy kid’s mom

My son is not strong.

He is, as the kids say, a shrimp. On the soccer field, the kids complain when picking teams, “But he’s so small.” When one of his good friends found out he was taking a sports class after school, he told my boy, “You suck at sports.” I imagine he’s probably right.

My husband and I were both late bloomers when it came to athletics. He found his stride on the Ultimate Frisbee field in college and I mine in my thirties, running on the bike trail. I reached my full 5’0” potential at age 12, and he was short until he spurted to a respectable 5’11” after high school.

Our boy stands no chance to get through grade school unscathed. 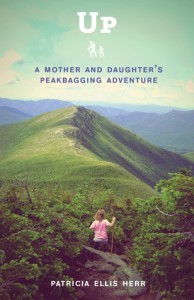 When I started Patricia Ellis Herr’s book Up: A Mother and Daughter’s Peakbagging Adventure , I marveled at the idea of a five-year-old hiking 4-6 miles at a time. The idea of going on a serious adult hike with my six-year-old son is something I wouldn’t entertain for years. It’s amazing to me that this woman really attempted to do it 48 times in actual (if low) mountains with her daughter. My kindergartener has a heart of gold and enough energy to rock out in the middle of the kitchen, but I sometimes push him in the Sit & Stand stroller on the way up the hill from the bus stop. The boy down the street – just one month older  – can ride his bike up and down hills to town and to school, and mine isn’t even ready to attempt life without training wheels.

But he’s a solid kid – no waif – and he can hit a baseball and throw a Frisbee just fine. Normally, he’s healthy, just small and low on endurance.

This spring, though, is kicking his ass. He has allergies so bad that his eyes look like he’s been beaten up, his nose is running, he coughs at night, and this has been going on now for three weeks.

Forget about recess. The whole week before spring break – and this one, until it finally rains – he’s been kickin’ it with the admins, playing Uno in the office with some other poor sucker, a fifth grader named Alex. As a former environmental educator, it kills me that my kid can’t go outside.

Until his sixth birthday, he’d never had a dose of any conventional medicine. Around here, we turn to nutrition, homeopathy, bodywork (like craniosacral therapy), energy work and maybe some herbs to keep us well. But something is stressing his system just a little too much. One person said it was an overburdened liver. I don’t doubt it, knowing what he inherited from me, even though I tried to detox before he was conceived. I’d taken tons of allergy medication for years – maybe even decades – until I got rid of seasonal allergies through BioSET Allergy Elimination. I took him to that practitioner in the hopes that she could improve his situation. The jury is still out five days later.

My husband fed him a Claritin on his birthday at the beginning of this mess, and we thought maybe it helped him get through his party the next day, but the day after his second dose he looked worse than ever. So I said forget the drugs. We’ve consulted a bunch of other people and are now the proud owners of an IQAir Health Pro Plus air purifier, which is humming away next to his bed for the first time tonight. Fingers crossed.

Once this season has spent itself of its worse offense, I feel like I still have to figure out what makes him so damn sensitive and if there is anything I can do about it. It flies in the face of my paradigm of health to think that an otherwise healthy kid needs drugs to get through a month, but to look at him is to want to whip out your cell to call CPS on me. I do not want to dread cherry blossom time every year.

When I read my sister-in-law’s blog post about her daughter, my niece, seizing spring as though she is just bursting with sap, I got sad. I feel like a character in a Victorian novel who doesn’t see the foreshadowing on the wall that her child is going to succumb to consumption while everyone else is galloping off to greener pastures.

And yet, I know that he will probably be fine. I know that my fears are nothing compared to so many parents who have children with serious special needs or scary diagnoses or severe food allergies. But as a former wimpy kid myself who used to be grateful she hadn’t been born a boy who would no doubt be inept at such requisite skills as skateboarding and throwing things long distances, I feel sorry for my boy. He’s spunky, and he’s scrappy, but he ain’t strong.

Trish Herr’s then five-year-old daughter Alex wanted to hike all 48 of New Hampshire’s 4,000+ foot mountains. Could you imagine your child doing this? Would you want to? Join From Left to Write on April 12 as we discuss Up: A Mother and Daughter’s Peakbagging Adventure. As a member of From Left to Write, I received a copy of the book. All opinions are my own.

Previous Post: « Back on the mat: $5 class special at Radiance!
Next Post: Holistic health conference addresses body, mind, and planet »