You are here: Home / Uncategorized / At the pump: credit or debit?

On the night my daughter turns just four months old, why did I just spend 15 minutes to pump three ounces of breastmilk?

On one hand, I know this is a full month later than most working moms have already gone back to the office. By now, they are pros, with freezers stocked with milk and confidence. Well, maybe not, but at least they are fairly set in what they are doing.

On the other hand, many folks in the attachment parenting world (including an earlier version of me) would be aghast at my choice to leave my daughter unnecessarily at such a young age. 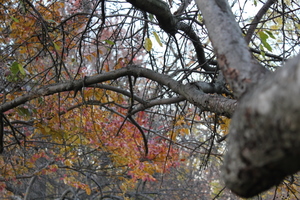 You can focus on all the branches at once... 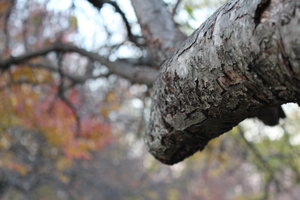 So why am I doing it?

Reasons for using a babysitter:

Specifically, tomorrow is my son’s schools Advent Garden, and I want to give it — and him — my full attention. I want to be just his mom in an experience that is just his, not something shared by a baby who could cry or demand my boob at any moment. Or just get everyone’s oohs and ahs. I mean, he loves her, and I think he gets a kick out of being big brother, but this is his experience.  It is such a beautiful, reverent time, I want him to be fully present and not stifling — to more likely succumbing to — the urge to tweak his sister’s ears, pet her face, stick his hands under her onesie, or touch his nose to hers.

Generally, I kind of want him to see me as available to him as an individual and not just home all day with the girl while he’s at school. It seems like to not have some other person in his sister’s life, I’m conveying the message that her needs are more important than his or than mine. They are in a lot of ways when she’s so little, but he and I are still people; we’re not erased because she’s now in our lives.

But really, Jessica, beyond this day, why are you considering leaving your daughter (next month) for a full day once a week with a stranger?

Thanks for asking, Other Self.

Well, see, now first of all, she’s not a stranger. She’s a Holistic Mom and someone who has worked at my son’s school. She knows a whole lot more about Waldorf education and raising children than I do. I expect I could stand to learn a lot from her. I’m already rethinking bedtime routine for my son based on our first conversation about childcare.

And another reason why: because I didn’t with my son, and it was, as the kids say, ruff. From seven to seventeen months, he could hardly stand to leave my side. Sure, I do think his high level of comfort now is due in part to the fact that we didn’t push it with him. But I also know how hard it was on me to not be able to tend to my own health needs. I’ve always said if I had another child, I’d want her to know and be comfortable with a few different people before she hit that stage. And with no family in town or doting single friends, that means childcare providers.

Another reason is that, as long as I am going to be a person who takes on responsibilities and has a lot of interests — which is to say, as long as I am true to myself — I think it’s only fair to do what I can to honor my daughter’s needs and rhythms. If she’s in one place all day, she won’t be running errands with me when she’d rather be asleep. She will have 30 fewer minutes in the car and can just settle into one place. If I also get someone to come over to the house, that will let her nap undisturbed at home like she did on Tuesday when my husband drove my son to school.

Let’s face it: I’m not cut out to be a homeschooling mom or to be a mom who doesn’t volunteer or take on various types of work. But I would like to do a little more compartmentalizing and less multitasking. I’d like to just juggle mom/homemaker stuff when my kids are around instead of also feeling like I have to check my email so often or daydream about what I’d be writing if I had more time.

I realize that there will never be “enough” time, but I’m hoping that with some strategic childcare, maybe I can be more focused and feel more fulfilled in how I use my time. I think that would make me a happier person and a better mom and model. Seeing my son literally drop one thing to pursue another doesn’t exactly have me welling up with pride.

I might be singing a different tune tomorrow. Maybe she won’t sleep at all, or she’ll be like my friend’s son and completely refuse a bottle. (How can he not eat all day long?!)

Maybe she’ll disabuse us of the notion that she’s so much more chill than her brother was. Maybe I’ll be writing tomorrow night about how guilty I feel. There was certainly already a twinge of the G-word as I packed the different types of nipples into the bag with extra diapers and clothes.

But I have to give it a shot. I’ll be on call, just spending the first two hours at a coffeeshop and being available to nurse her before I actually have to show up at the school.

I have to admit, though, that I’m hoping I walk away from the morning feeling like the world will not come to an end and the AP officials will not come take away my free toaster oven if, after the new year, I start using childcare even though I don’t have a job.

I’m hoping that if this time around, I just move with confidence instead of guilt and, if I actually hold in my head and heart the belief that everything will be okay, it will be.

How do you figure out what is right, and when?