You are here: Home / Holistic Health / What bruise?

“What did you give him?” This was my friend’s question after she saw my two-year-old son a few days after her son rolled a rock down a slide onto my boy’s head. There was hardly a mark on my son where we both expected a goose-egg or at least some royal shades of blue.

First I gave him two pellets of Arnica,

a homeopathic remedy for bruising and soreness. I started with this because he is keen to take “pellets” as though they are candy (which he never has!). Then, as I searched for the Emergency Trauma Solution (ETS) from Perelandra, I put on some topical Traumeel lotion, a homeopathic ointment that contains arnica and a number of other things. Since I couldn’t find the ETS, I gave him some drops of Rescue Remedy the 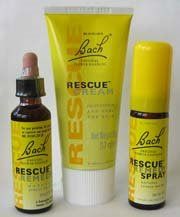 n and a little while later. This combination of five Bach flower essences is supposed to help his electrical system recover from the shock and give his physical body the freedom to use all its energy repair itself. I added individual essences of Star of Bethlehem and Rock Rose for fright and shock. Later I found the ETS and gave him a few doses. 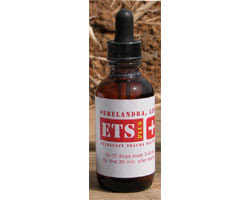 In my interactions with my son and our friends, I tried to stay calm. I remember very clearly a scary incident from my childhood. It was the first time I removed my new earrings, and in all the excitement, I rinsed my mouth out with hydrogen peroxide instead of water when I was brushing my teeth. I now know this is absolutely no big deal, but I was scared at the time, and when I told my parents, my father shouted to my brother, “Start the car!” I thought I was going to die on the way to the emergency room. Poison Control set us straight, but my father’s overreaction caused traumatic fear for me. So when my son got hit with the rock, I didn’t want to belittle my son’s pain or shock from the blow of the rock to his head, but I wanted to be sure I didn’t add unnecessarily to his feeling a lack of control. Children look to parents to decide how to read a situation, and I figure that if I overreact, my son probably will, too.

I calmly accepted my friend’s apology while looking at the injury site and saying, “I’m sure that hurt. That was probably scary. We’ll take care of it, and it will be okay.” I kissed my son’s head and walked at a normal pace back into the house. When I asked EJ if he was okay, he said through his tears, “Yes, I just bumped my head.”

He wasn’t very excited about the ice, so we made a game of it by holding the pack to his head to the count of ten a few times. I doubt this helped much, but at least we gave it a shot, and he giggled. I also took some responsibility without turning it into blame, acknowledging to my friend, “I could have made a no-rock rule for the slide, and that probably would be the thing to do.” Before the incident happened, she was going to tell her son to stop and looked to me to set the rules, since it was my house. I said I didn’t mind kids learning about gravity, as long as no one’s head was at the bottom. Then I failed to notice when my two-year-old’s noggin was right in the middle of Rock Central. I reassured her we were fine and apologized to my son for not seeing what was going to happen. I didn’t belittle her apologetic overtures to us. I just said, “I know he didn’t mean to hurt EJ. Accidents happen, and that’s how we learn.” Fortunately, she did not castigate her son or spiral down a cycle of blame, either.

Of course, I was upset that my son was injured, and hoped he would recover. I took some Rescue Remedy myself to remain calm. My friend told me to look at his pupils later, but I knew the bonk was just on hard bone and was unlikely to have done any serious damage.

Later I asked EJ what happened, and he was able to articulate that his buddy had put the rock on his head. I replied, “Yes, he was playing with rocks and didn’t realize your head was in the way. He’s sorry that he hurt you. We will all be more careful next time. Let’s remember this the next time we are playing with rocks.

I hope that my son can learn to accept his pain and fear but not let it define him. I want him to be compassionate with himself and others to take time to heal and to apologize but not to live in the land of regret and blame.