More personal reflections will follow, but below is my official report from attending day one of the NIH conference on VBAC, a post I’ve also published in my column at the Washington Times Communities.

This week, the National Institutes of Health is holding a Consensus Development Conference entitled “Vagin 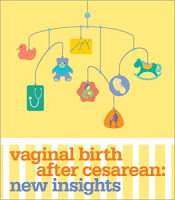 al Birth After Cesarean: New Insights,” a three-day public meeting that, though focused on an obstetrical, biomedical model of hospital births, has drawn birth activists representing midwifery and homebirth interests.

The first day of the conference presented several short reviews of research on the topics of patterns regarding Vaginal Birth After Cesarean (VBAC), risks of VBAC versus cesarean section, and maternal and neonatal outcomes from VBACs, from “Trial of Labor” (TOL) and “Elective Repeat Cesarean Delivery” (ERCD).

In the United States today, some 31% of births are c-sections. Of the 1.3 million c-sections performed each year in the U.S., 40% are repeat c-sections. According to research presented by Dr. Kimberly D. Gregory, the rate of VBACs in the U.S. rose from 3% in 1981 — when the NIH recommended a decrease in the overall national c-section rate, including a recommendation to increase the use of VBAC — to a high of 23% in 1996. In that year, the rate began to decline after the publication of a a medical journal article about the risks of TOL.

In 1999, the American College of Obstetricians and Gynecologists (ACOG) required the “immediate” availability of emergency c-section facilities in any hospital that offered TOL and VBAC. Currently, the VBAC rate in the U.S. is around 7%*, even though VBACs, when attempted, are 60-80% successful.

The speakers at the NIH conference discussed the fact that risks associated with c-section need to be weighed against the potential risks of VBAC, which include a 1% or lower chance of uterine rupture. It was noted t 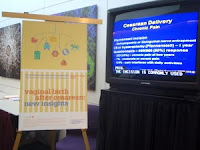 hat much attention gets paid to this dramatic and catastrophic event, while less information is shared with mothers about the many risks associated with surgical delivery, including a higher likelihood of placental accreta in future pregnancies (a condition in which the placenta grows into the uterus).

Dr. Mona Lyndon-Rochelle explained that the risk of maternal death is highest with an elective repeat c-section without a 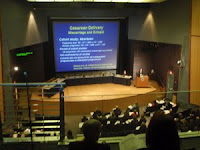 trial of labor. Thus, then, how can we grapple ethically with the fact that more and more hospitals are banning VBAC procedures and forcing women who deliver there into mandatory repeat c-sections?

This question was raised in a Q&A session and was noted by the panel to be the very point of the conference. The NIH cannot force hospitals to change their policies, but the hope among birth activists is that the institute will make recommendations that will halt the trend toward denying women the birth they desire, forcing them into major abdominal surgery if they are unable or unwilling to find another institution at which to birth or a midwife with whom to work at home. According to the International Cesarean Awareness Network (ICAN), over 800 hospitals in the U.S. have banned VBACs.

When attendees asked questions about the safety of VBAC at home, or HBAC, they were met with the explanation that no research of acceptable quality was available on the subject, and even that it was not possible to obtain statistics on homebirth. Upon being questioned by attendees about non-medical effects of surgical delivery (including a question from Gina, an ICAN chapter leader for and the author of The Feminist Breeder blog), the panelists admitted to a dearth of information on issues like postpartum depression (PPD), post-traumatic stress disorder (PTSD), difficulty establishing or maintaining breastfeeding, and difficulty bonding with an infant.

In light of the fact that some hospitals not only ban VBACs but also require all c-section babies to spend time (one participant said four hours at the hospital where he practices) in the Neonatal Intensive Care Unit (NICU), it would seem that questions of mother-child bonding need to be investigated. A panelist noted that these were excellent questions that were discussed to some degree in the planning committee before it was determined that there was inadequate research to discuss them in this forum.

The conference will end Wednesday, March 10 with a presentation of the NIH’s draft statement at 9:00 a.m. followed by public discussion, after which the panel will meet in executive session before providing a summary of its findings to the press in a 2:00 telebriefing. The draft statement will be available after the proceedings at consensus.nih.gov with the final statement to follow four to six weeks later.

Further coverage of the conference from a VBACivist perspective can be found at the ICAN blog at http://blog.ican-online.org/, The Feminist Breeder Blog, which includes live radio coverage and interviews via podcast at http://thefeministbreeder.com/nihvbac/, and Momotics Blog at http://momotics.com/category/nih-vbac/.

*The most recent statistics used by the papers at the conference cite a VBAC rate of 8.5% in 2006.