You are here: Home / Holistic Health / My Experience Wish-List

On my yoga mat this morning, I had that feeling you get when you are addicted to exercising and you have just gotten a hit of the drug. I had just spent 22 minutes on the elliptical, which I’ve done (or exceeded) nearly every day of late, except yesterday. It’s been regularly followed by yoga, and it feels good.

This is a new thing, at least since my daughter was born five years ago. I haven’t been able to run since safely then, even if I could without risk of injury or prolapse, I haven’t had the energy to sustain an exercise regimen. I’ve had a few good stints of a couple of weeks here & there, but something has always gotten in the way, like a broken toe or a sick kid or a sick me, or a worsening of whatever has been making me feel chronically bad, probably the Epstein-Barr virus but who really knows?

I’ve felt better for almost two months now. I could be jinxing myself by writing, and crap will rain down tomorrow, but I want to document the good while it’s happening so it can’t get lost.

The point is that I would really love for fitness to be a regular part of my life, and I would like the rest of my life to also feel good and have stuff to look forward to.

This mostly means being at peace with the daily stuff. I get that. But it also kinda makes me yearn for something special. Like a vacation, or time alone in my house.

So wanted to put together a list of what excites me, what really makes me happy, or would, if there were time and money enough for it.

I’ll add some family stuff on a second list, but the main things that come to mind are all experiences I get to have solo.  The idea of a week at home without my children is pretty much my biggest fantasy. It will not happen until they are of age to go to sleepaway camp, but it’s fun – in a way – to think about it anyway.

It’s not just them not being here for a few hours. I get that every day with school. It’s them being taken care of by someone else, so I don’t have to think about stopping what I’m doing to make them food or attend to their many and varied needs.

Things I would love to do – The Without Kids “A” Side

If we added my husband – but not kids – into this mix, there would be a whole other set of possibilities. But I can’t even conjure those up unless hundreds of babysitter dollars landed in our lap or on our doorstep appeared an intern who would stay at our home and watch our kids in exchange for room and board!

The “B” Side – Trips with Kids

I want to take my children so many places. The only non-extended-family-focused trips we’ve taken in the past five years have been two jaunts to Lewes Delaware, for a total of four nights. They were really nice, and I’d be happy to return, but I really feel called to be in a locale that feels different. And I want my kids to experience mountains, or a desert, or a tropical landscape or something that is not familiar.

Until recently, the idea of travel seemed completely overwhelming physically and emotionally. It still seems out of reach financially. And marriage-wise. I had set the intention for a road trip out West for the summer of 2016, but I am losing heart on planning it. My son is in 4th grade, which means we can all get into national parks for free through the summer. I’d really like to take advantage of that, and I also was hoping we could take advantage of a full two-week break this December. But I am not feeling hopeful, unless something shifts dramatically and I can suddenly bankroll it all.

If money and marital strife were no object, I would take my kids to:

Just a few of the possibilities on my mind!

But I’m also content at the moment to listen to the rain and be happy that my kids and I picked sweet potatoes and carrots, mint and peas, a few tomatoes and flowers from our garden today. Tending home is important, too. 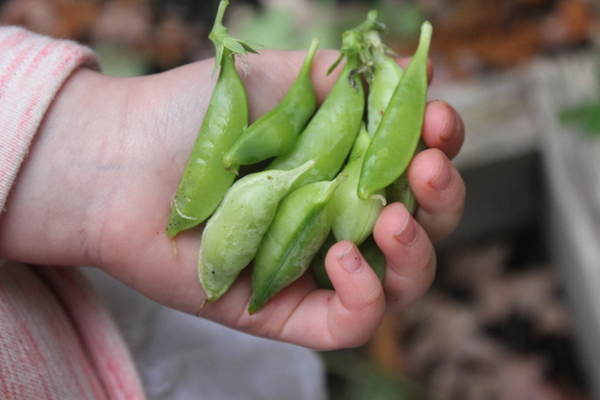 Day 7: No expiration date on learning or growing

Day 8: Channeling the yoga class I didn’t take my kids to

Previous Post: « Channeling the yoga class I didn’t take my kids to
Next Post: What I did today »