You are here: Home / D.C. Metro / Mom’s Afternoon Out thwarted

This post originally appeared on DC Metro Moms Blog on May 8, 2010 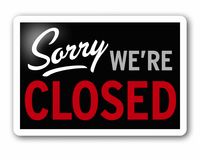 The breeze is blowing, the birds are chirping, and I just wanted to enjoy a nice afternoon solo in the city after a week at home with a sick preschooler. Is that so much to ask?

My husband took off early from work so that I could finally get to the Georgia O’Keefe exhibit at the Phillips Collection before it closes this Sunday. I was supposed to go a few weeks ago with a pregnant friend, but then she was put on bedrest. Busy weekends have made me wary of going when scheduled Metro track work has threatened major delays. Then, when my son got sick this week, I had to toss aside 92% of my identity as though it was a dirty pair of underwear and give up my plans to go to the museum while he should have been in school. The idea of going with a healthy toddler to a popular exhibit did not sound appealing, and I sure as heck wasn’t going to drag Cough-Boy there.

So it was a real lift to my fallen spirits when my husband offered to come home early Friday so I could go to the exhibit.

Well, I might have not given him much of a choice, having threatened Thursday morning that my mental health was hanging in the balance for having had no solo time and not much sleep all week. I got the cold first and was already underslept before my son got it and started coming into our bed in the night, sleeping fitfully with either his hands groping or his feet kicking my pregnant belly. This made me also too tired to get out much in the lovely weather to push his feeble body in the jogging stroller and check off mental health requirement #2: exercise.
So where is this story going? Well, the afternoon was no tragedy. It just wasn’t perfect. Having been to the Phillips’ website a dozen times in the past few weeks, I never once happened upon the “calendar” page where it was listed that the permanent collection would be closed on Friday, May 7 for the museum’s annual gala. The homepage and the exhibitions page bragged about longer exhibit hours Saturday and Sunday (which were already kind of overscheduled for me) but were silent on the fact that O’Keefe was all I’d be able to see on Friday. I haven’t been to that museum in years and hoped to feel like I’d “done” the whole place after this visit.
I also expected to drop some coin in the museum shop and was looking forward to the browsing there almost as much as looking at the paintings on the walls. So I specifically asked a staff member if the shop would remain open until the museum closed at 5:00. She said yes, but she was wrong. It was closed by 4:30, “I guess because the caterers keep going in and out. I told them there’s a pregnant woman who’s going to be upset!” But closed it remained, and my question about honoring Friday’s tickets over the weekend just sort of faded into the ether.
I can’t remember the last time I walked around Dupont Circle, so I meandered for a while and went into a few shops before heading back into the Metro for my second proposed stop: the maternity section of H&M at Metro Center, two subway stops away. I’ve almost outfitted myself for a summer pregnancy with used clothes, but there remain a few holes that are hard to fill for someone who is usually an XS petite and whose puny shoulders and miniature boobs can’t even hold up much of Old Navy’s XS maternity clothes.

Speaking of miniature, the H&M maternity section was nothing like the oasis I’d imagined from talking with other folks. While the size S actually fit me, and one even had adjustable spaghetti straps, it probably would have an expiration date of about 32 weeks at the rate my belly is growing. Another was a serious contender but already had a snag that looked small on the hanger but, stretched across my chest, screamed “cat owner.” After the 10% discount the cashier offered, it would have only been $18, but that still seemed too much for something that might unravel. So I went home empty-handed, save for a brand-new $1 bargain bottle of Crystal Geyser from a vendor on the street purchased to get change for the Metro ride home (and to keep my ankles from swelling).

It was a lovely afternoon and a nice change of pace to be Out Where the People Are. I’m still glad I got the chance to have an excursion before dark (when most of my meetings and tutoring appointments happen). I didn’t come home pissed at the world, but after a week of not even being able to pee without hearing “Mommy! Where are you?” I would have liked to have all my desires fulfilled in my three hours away from home. Even if it would have meant a lot more than $3 in parking on my credit card for May 7.