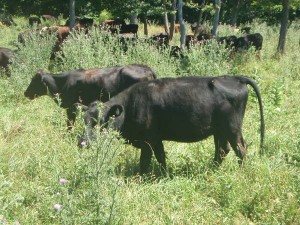 I’m so excited about Real Food right now! I’m about to head to an event at Restaurant Nora (“America’s first certified organic restaurant”) with Robyn O’Brien, author of Unhealthy Choice: How Our Food is Making Us Sick and What We Can Do About It.

And on Monday, I’m going to attend a rally to protest the FDA spending time and resources on criminalizing raw milk farmers.

Here is the press release for full info. If you care about protecting our right to eat the food we want direct from our farmers, I hope to see you at 10 a.m. in Upper Senate Park on Monday, May 16!

Media Advisory from Grassfed on the Hill
Contact: Liz Reitzig: liz.reitzig@verizon.net or 301-807-5063

Washington DC—May 11. Members of a DC area buying group, Grassfed On the Hill, joined by people across the country, are furious with the aggressive treatment of peaceful Amish dairyman Dan Allgyer and the use of taxpayer money to prosecute him, especially during a budget crisis. Allgyer, who supplies the group with fresh milk and other farm produced foods, has been served by the Food and Drug Administration (FDA) with notice of a permanent injunction against selling milk into interstate commerce, the result of a year and half long sting operation that included an agent planted in the buying club to collect evidence against Allgyer.

“It is absolutely inexcusable that FDA has spent time, energy and money conducting an undercover sting and armed raid against a farmer over distribution of milk.” says Liz Reitzig, one of the group’s organizers. “We contract with farmers we know and trust and engage privately with them. The FDA has no jurisdiction here, and it’s time we stand together and demand that they stop treating our honest farmers like hardened criminals.”

Grassfed on the Hill has organized a Capitol Hill rally in protest, where they plan to milk an actual cow and drink the fresh milk. The rally, planned for 10:00 am May 16th at Upper Senate Park in DC, is expected to draw hundreds of raw milk advocates.

For a list of raids against small farms in recent years http://grassfedonthehill.com/government-overreach/