The theme of yesterday’s post was “reveal,” but I waited until this one to close that loop. I am not going to yoga on Day Eight. Instead I went back to a second class on the evening of Day Seven.

This does feel like cheating, I admit. But looking at the day, with a wedding at 2:00 and a mother blessing 4-7 p.m., and commitments to my family and my home in the morning, it is just not feasible for me to go to either of the Saturday classes offered. If there were a 6:30 Sunrise Yoga, I’d be there. But 8:30-9:45 is just too late for all we have to pack into the day, including my preparing all the food I will need to eat all day to accommodate my special grain-free, starch-free GAPS diet. My friends and family need a nourished, rested mama, and that is already a little sketchy. 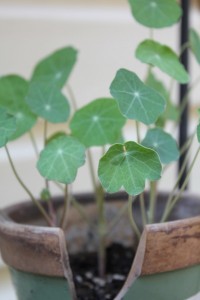 So instead, I went out for a second time on Day Seven to my first evening class at Centered Yoga. It was Yin yoga, a class described by the studio as using passive poses and the breath to create a “sense of balance, harmony and inner peace.” Sign me up!

Even though I was dragging a little all day, and it was so lovely outside I might  have rather taken a walk than spend as much time in the car as in the yoga studio, I knew that I would feel better for having had the meditation and relaxing stretches. And I knew that I would feel almost I wasn’t a cheater if I doubled up on one day but certainly like a failure if I didn’t go on Saturday or Friday night. My husband was going to be home early, so it was the one time I could get to an evening class.

Aside from the yoga, which I’ll get to in a second, one eye-opening part of the experience was seeing what life is like for the hundreds of people who work in Georgetown and live in Virginia. The post-work and Friday night scenes are foreign to me these days. It felt like cultural tourism just to sit on Key Bridge at 6:15 p.m. And then, on the way home, to sit on Canal Road at 8:15 p.m. That was the most exposure I’ve had to over-20/under-30 humanity and to external combustion I’ve had in a long time. Witnessing it — while listening to classical music — was an exercise in anti-narcissism. It’s important to be reminded that your own individual issues are not being obsessed over by everyone else in the world.

But I’m avoiding talk of the class, I see.

Early on, the teacher invited us to dial back our intellect and to “turn up the volume” on our intuition. She said a lot of provocative things, and sometimes the music helped me get out of my head and let her words take me to their essence.

The first time she said, “Our hips tell our stories” — that they reveal a lifetime — I could only think of boys and things you do with them in the dark. But on the second side in pigeon pose, I thought of giving birth to my daughter, 10 months ago yesterday.

In the birth pool, I had my left knee down and my right knee bent, up and perpendicular to the ground. My labor was short — just 4.5 hours from the pop of my water when I went up into bridge pose at 5:30 a.m. to her birth at 10:08 a.m. — but I was pushing for too long. I’d been unpracticed in the art of breathing through intensity; as soon as it came, I wanted to match it. But three hours later, I was tired and the midwife’s tone got just a touch stern after my daughter’s head was out that the rest needed to come along, too. No longer feeling the inevitability of the next contraction, I had to finish on my own, and quickly.

And when I did, I was cautioned not to pull the baby too high out of the water because of her short cord. My son’s cord was so short, he’d been breech and delivered via c-section. I’m not exactly a fan of short cords. I got a little freaked out.

Then I remarked that, while my surgically-delivered baby’s head looked quite intact and non-smooshed, and this baby’s did not. It looked funny, her eyes and ears seemingly set wide apart. She also didn’t cry right away. I didn’t know what to make of this near-flaccid baby who looked rather like Gollum. My first thought was a worry that she might have Down Syndrome and that I would not know how to be a good mother to her. I worried I wouldn’t love her enough, that my heart was not big enough to envelop this being I’d spent nine months worrying about and loving and feeling move inside me. What would this reveal to me about me if I stopped short of adoration?

We can never know who are children are, but it is striking to me how much with both I just looked at them in wonder. And with my daughter, I had a nervous first two minutes wondering if anything had gone wrong, chromosomally or otherwise. Here I’d had my successful homebirth in barely enough time for my midwife to make it to my house and relieve her backup. But what would happen now? Who were we all going to be?

In yoga class, I felt my hips expand in pigeon pose and thought about my story. The teacher told us, before folding, to expose our hearts, and I found that sob at was hiding on Day Four. And I cried. Mostly it was in my body, but some tears fell on my block, the floor, my cheeks.

I hope the teacher wasn’t concerned if she noticed. It was an important release.

I came home wanting to embrace my baby and her father. They are precious.

And yet, life is not just a Lifetime movie. The baby would not go to sleep. When I pulled her off my breast, she writhed like I was sticking her with a hot poker. I gave her homeopathy, Rescue Remedy, an herbal calming tincture. My husband tried again to get her to sleep. Finally I put her on my back, did some watercolor painting for the motherblessing books, and there she lies, her neck cocked over in a way that probably feels as uncomfortable as the extra 20 pounds feels to my back while I sit with horrible posture.

But it’s what is working right now. I don’t want to challenge it. Sometimes you just have to go with that and have faith that things will all work out as they are meant to be.